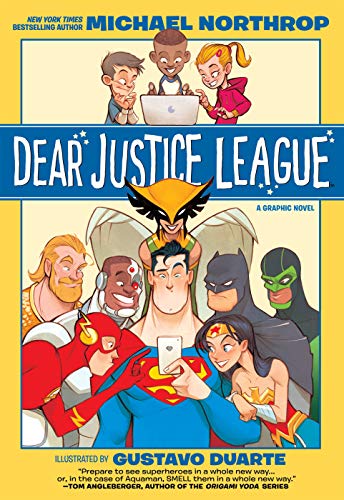 “Does Superman ever make mistakes? What was Wonder Woman's eleventh birthday like? Does Aquaman smell like fish? In this new middle-grade graphic novel, iconic heroes are asked questions both big and small, and when they are not busy saving the world, the Justice League even finds time to respond. Their honest and humorous answers will surprise and delight readers of any age, as it turns out that being a superhero is not too different from being a kid.

“Full of feats, follies, and colorful illustrations, Dear Justice League gives readers the inside scoop into everyday heroics, no matter who wears the cape!”

Be sure to order your copy of Dear Justice League today (https://amzn.to/31nCJwe).

Michael Northrop: It was kind of a rocky start. I’m dyslexic. I repeated a grade and spent some time in special education. The first thing I was really drawn to as a writer was poetry—because it’s short and you have to read and write it slowly and carefully. That’s how I had to read everything, anyway, so it seemed like a good fit. Then I got first place in my grade in a school-wide writing competition for a little rhyming poem I wrote about a knight. (I still remember a few of the lines: “And after the squire rides the knight/He’s off to the war, the scrimmage, the fight!”) That little bit of success and approval was like rocket fuel to me, because I’d had so little of it until then.

MN: The first novels I read on my own were fantasy series, because I was a huge Dungeons & Dragons nerd. Even though they were a lot of work for me, those long fantasy stories were really alive in my imagination. The first series I really devoured was Lloyd Alexander’s Chronicles of Prydain. I was enthralled by The Black Cauldron! And then Tolkien kind of dwarfed everything else for a while.

So fantasy novels, poems, comic books, and honestly whoever wrote those classic D&D modules (like The Keep on the Borderlands and Ghost Towers of Inverness) really formed my ideas on stories and story-telling.

MN: That’s a tough question—I have some of each! One comic book series that really combined all of those things in a way that made a huge impression on me was The Legion of Superheroes. It was a fun series with such a glorious array of characters, and it was set in the future—in space! Lightning Lad and Mon-El were my favorites when I was a kid. Mon-El sort of felt like my own private Superman, because he has the same powers and not as many people knew about him.

MN: Well, everyone will tell you that it’s important to read and to write, and I would just add that it’s also important to finish what you’re writing. Then you can begin revising and refining them. You start to see what works and what doesn’t and why. The revision process is how you go from telling a story to telling a story well.

MN: I have a little home office. It’s not even its own room, just sectioned off by a big bookshelf and the back of a dresser. It’s familiar and comfortable, like a hobbit hole. There’s a window and sometimes a cat and it’s quiet.

MN: Writing Dear Justice League was really a dream job for me. The book is kind of a love letter to these amazing heroes (Superman! Batman! Wonder Woman!) who I’ve known almost my whole life.  Comic books can be pretty dark these days, but there is none of that in this book. It’s an earnest, funny, fun introduction of these heroes to young readers. For older readers, it might remind them of the sunnier, more kid-friendly versions of these characters they remember from their own childhood. 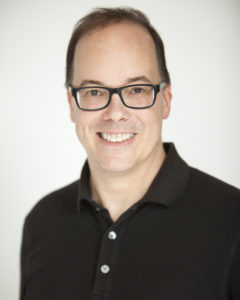