Maddy Lederman's first novel, Edna In The Desert, is about a tech addicted thirteen year-old forced to spend a summer without cell phone service, Internet or TV at her grandparents' remote cabin in the Mojave Desert. It was released Sept. 10, 2013 by Electio Publishing. Maddy has an MFA in Theater from Brooklyn College and works in the art department for films and TV shows, recently on Darren Aronofsky's Noah and The Amazing Spiderman 2.

Today Maddy Lederman joins LitPick for Six Minutes with an Author! Maddy’s debut novel is Edna in the Desert.  Maddy works in the art department for TV shows and films and her writing has appeared in The Los Angeles Times and The Huffington Post.

At nine, I had an assignment to write an ending for a short story called The Lady or The Tiger? in school. If you don't know it, it has a cliff hanger ending that asks a question, same as its title, and we had to answer it. I loved doing that. I wish I could find it. I wrote it on yellow, lined paper.

I like books about romantic challenges, family relationships, social satire, survival, dystopia/science fiction and comedy. I really love a story that has them all! I like to think Edna In The Desert touches on most of these, except for the sci-fi component (although being without a cell phone is like being stuck on another planet for Edna).

Tell a great story, and then keep challenging yourself to make it better.

At home. I change rooms a lot.

Thank you for having me! I'd like to encourage readers age 11 and up to read Edna In The Desert:

Edna is thirteen, spoiled and wreaking havoc at her Beverly Hills school. Her therapist advocates medication, but her parents come up with an alternative cure: Edna will spend the summer in the desert with her grandparents. Their remote cabin is cut off from cell phone service, Internet and everything else she likes. Edna's determined to rebel until she develops an intense crush on an older, local boy. How can she get to know him from the edge of nowhere?

Edna In The Desert is on Westbury Library's 2014 Summer Ebook List. I'm proud to have my book in such a distinguished place!

Edna In The Desert is right after Divergent on this alphabetical list: http://www.westburylibrary.org/teen-ebook-summer-reading-2014).

And Edna In The Desert is English Honors Summer Required Reading at Carle Place High School in New York State.

Finally, small presses like mine don't have a big advertising budget, but it's important that they continue to bring a richer variety of books to the public. Edna In The Desert is available online at Amazon, Barnes and Noble, iTunes, electiopublishing.com, a lot of places!

Thank you very much for joining LitPick for six minutes, Maddy! 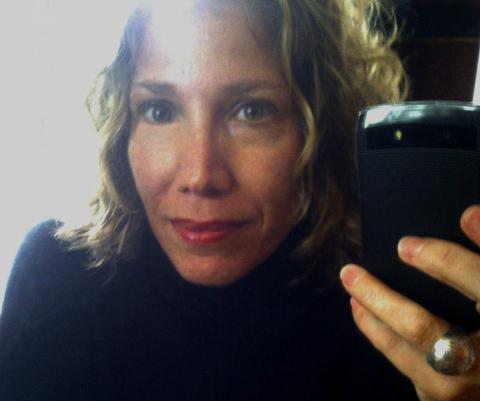