Lou Hoffmann, a mother and grandmother now, has carried on her love affair with books for more than half a century, and she hasn’t even made a dent in the list of books she’d love to read—partly because the list keeps growing. She reads factual things—books about physics and history and fractal chaos, but when she wants truth, she looks for it in quality fiction. She loves all sorts of wonderful things: music and silence, laughter and tears, youth and age, sunshine and storms, forests and fields, flora and fauna, rivers and seas. Even good movies and popcorn! Those things help her breathe, and everyone she knows helps her write. (Special mention goes to (1) George the Lady Cat and (2) readers.) Lou considers every person a treasure not to be taken for granted. In her life, she’s seen the world’s willingness to embrace differences change, change back, and change again in dozens of ways, but she has great hope for the world the youth of today will create. She writes for readers who find themselves anywhere on the spectrums of age, sexuality, and gender, aiming to create characters that live not only in their stories, but always in your imagination and your heart.

Today LitPick welcomes Lou Hoffmann for a Six Minutes with an Author interview! Lou is the author of Key of Behliseth! Her interview is enjoyably detailed, and we hope you enjoy it as much as we do.

This is not an easy question to answer! If you consider that I’ve published under different names for different types of things, I’ve more of a history than would be suggested having Key of Behliseth as my only publication credit.

Like most writers, I wrote even as a child in grade school, but I don’t think that’s a very good response. I kept writing into adulthood—journals, poems (mostly bad ones), essays, and some stories, but for far too many years I believed the fallacious truism that only certain special people could be published authors. I believed writing wasn’t a “real” job for someone like me, and of course responsible people have real jobs, right?

I finally started to seriously question that mindset when I was in my forties. I didn’t (of course) abandon my other career, but I did start working to develop skills that would make my stories publishable. At first, I had only short stories accepted for publication, mostly in online journals for little or no pay. Then my short stories started to be picked up for anthologies (with somewhat higher pay rates).

Finally, I started my first novel. Guess what? It was the same book that is now published as Key of Behliseth. I worked hard over two years not only writing, but also learning how to craft a novel-length story—how to make “scenes” and “flashbacks,” how to write from different character points-of-view, and how to settle on first person or third. There are all sorts of considerations, such as key places in the plot where important reversals or accomplishments need to happen. When I was done, I had a novel and it was published—but not well.

And the truth was I knew the book wasn’t really ready, so I wrote and published other novels (under a different name). But of course I never forgot that first novel, a story I loved and believed in, and eventually I came back to it. It’s a better story now, published by a notable publisher (Harmony Ink). And it’s a great launching place for the “Sun Child Chronicles” series and much more.

That’s how Lou Hoffmann got to be a writer, in a nutshell. A story to tell, a little luck, patience, and lots of work. ☺

So very many people influenced me, authors, teachers, readers, others, that I don’t think I could list them if I tried. I’ll name ten authors who influenced my writing for young people, whom I first read when I was young:

Madeleine L’Engle (A Wrinkle in Time)

John Steinbeck (The Red Pony and many others)

Harper Lee (To Kill a Mockingbird)

There are so many others to include, many sci-fi and fantasy authors, mystery series authors, and the author every novel ever written before 1970 about a horse ☺.

I have to add, of course, J.R.R Tolkien. At the mention of Tolkien, I have to also mention my older brother, Bill, who steered me toward broader reading horizons. Then too, I guess I should mention my papa who, having only a sixth grade education himself, taught me to read and love books before I reached kindergarten.

Two more: A librarian at Lindbergh Junior High School whose name I’ve unfortunately forgotten. So patient, she always helped me find something new to feed my notable book-hunger. And Mrs. Horne, my eight grade English teacher. She had us think about words and writers and stories in ways brand new to me. She taught us that the skills of word craft are nothing to toss away lightly. And she had us write. When she found something valuable in our writing, she helped us see that value and treasure it. What a gift!

As you can see from the answer to question two, I have a pretty broad reading habit, and that has translated somewhat to my writing as well. For reading, I like historical settings, British Isles—Medieval to Regency periods—and Native American. I like diverse characters in contemporary settings—I love well-written, cheeky urban fantasy. I like writing contemporary settings and especially enjoy researching new places and cultures as they are now, but the limited writing I’ve done in real historical settings was also very enjoyable. But I think possibly for both reading and writing I love the alternate universes of fantasy, paranormal, and sci-fi.

If I had to name a favorite book or series, today it would be either Patrick Rothfuss Kingkiller Chronicles, or Rhys Ford’s Black Dog Blues. However, if you ask me tomorrow, my answer might very well be different, and if you asked me every day for a week, my answer would return at least once to The Lord of the Rings.  ☺

I’d keep it simple, I think. The standard “keep writing” is probably the most valuable thing I can think of, as you can only learn to write by writing. Second, believe in yourself! There is no reason you cannot succeed if you want to and you’re willing to work at it. Last, when it comes to criticism, listen to it, but take and keep only what you can use. As for the rest—especially the hurtful, mean stuff that inexplicably gets thrown at every author—let it roll right off your shoulders. And then, keep writing. ☺.

I love my office! I also like to write in my tiny, half-postage-stamp-size backyard. There’s a Barnes & Noble bookstore across town where I like to sit and write in the café.

First, thank you, LitPick, not only for interviewing me, but also for making a place where young people’s thoughts about books are considered important. I’d also like to thank the people reading this interview for taking the time to see what I had to say. By way of news, I do want to let you know that the book I currently have listed on LitPick, Key of Behliseth, is book one in a series, “The Sun Child Chronicles,” and book two will be out in October—Wraith Queen’s Veil. Five books are planned in total. Last, I want to say I do love to hear from readers and writers, so feel free to look me up on Facebook, Twitter, or Goodreads, or email me! And happy reading to all!

Lou, thank you for joining LitPick for six minutes! We loved the story of how you got to be a writer! 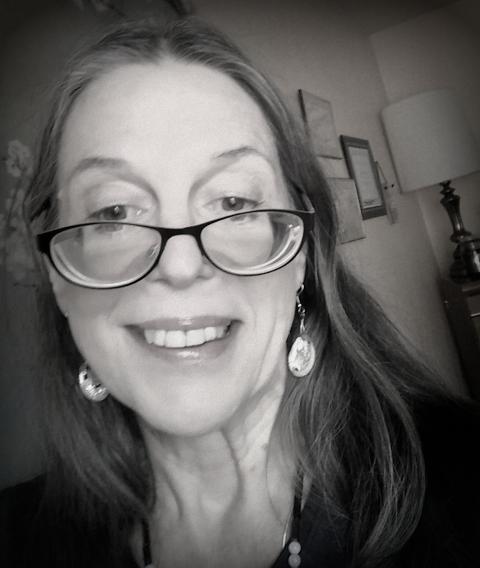