Lin Wilder is the author of the Lindsey McCall medical mystery series, which includes The Fragrance Shed by a Violet, Do You Solemnly Swear?, A Price for Genius, and Malthus Revisited. Her memoir, Finding the Narrow Path, recounts her journey away from God and back again. She is the recipient of numerous awards for her work, including five Feathered Quills, five IANs, three NABE Pinnacles, two Literary Titans, three NN Lights, and a Readers Favorite Best Book. She lives in northern Nevada. Signed copies of her books can be purchased at linwilder.com. Her weekly blog ranks in the first third of the top 100 Christian blogs.

Lin Wilder chats with LitPick editors after the release of her two most recent books, My Name Is Saul and I, Claudia: A Novel of the Ancient World, which is the recipient of a LitPick Top Choice Book Review Award.

Where do you get your best writing done? Do you work better, say, in nature or in organized areas? My best writing gets done after patiently waiting for the words to come. It took me a few books to trust that they would come. Therefore, I wasted a lot of time and effort flailing at deadlines. The setting does not matter a whole lot, although I do love working outside in our garden gazebo.

Do you work better alone or when you can interact with others, like your writing friends? Alone. When I first began writing fiction, I joined a writers' group but learned quickly that, for me, writing is a solitary activity.

Do you have a favorite character you’ve created? How are you most like that character? Favorite character—now that is an extremely tough question! In seven novels, I’ve created a lot of characters I have fallen in love with. However, since you ask for just one, it’s Joe Cairns, an assassin from the third and fourth books in the Lindsey McCall series: The Price of Genius and Malthus Revisited.

I can’t answer how I am like Joe, but I can tell you why he is my favorite character. Getting inside the head of decorated Marine-turned-assassin-for-hire was initially as intimidating as bloody blue blazes. But once the walls came down and Joe emerged, I came to like him. A lot. He was real. Then in Malthus Revisited, when he showed up again as a far more dominant character, Joe took control of much of the story in a way that felt natural. And the ending? Until he wrote it, I had no idea what would happen.

When you create stories, do you prefer paper or digital? Or a combination of both? Back in my nonfiction writing days, it was always paper. But now, it’s all Word...despite my being a two-finger typist.

What is most important to you? Writing or book promotion? Writing. Early on, I spent a good deal of money on book promotion—much of which was of questionable value—and realized I cannot do both.

What do you like to do when you’re not writing? When not writing, I like to work out, always with great music like Il Divo. I love seeing the results of my spring gardening cleanup; the roses are stunning this year. And I love reading other writers’ good novels.

Do you have any upcoming book projects you’d like to share here? After two ancient novels—I, Claudia and My Name Is Saul—I am back to my Lindsey McCall medical mystery series. This new one is called Plausible Liars and features a female-to-male transgendered teen who comes to Lindsey begging for help.

My Name Is Saul is an insightful and well-written read. Wilder does an excellent job researching information and presenting it in a way that's engaging, sharp, and thought-provoking. The novel flows seamlessly. —LitPick reviewer 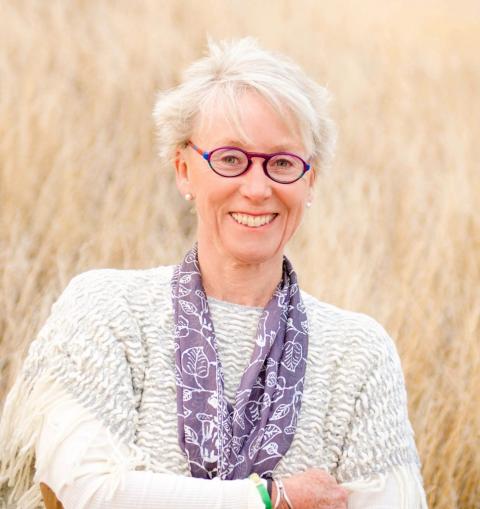