1. How did you get started writing?

In a way, I was always a story teller; I told the most elaborate lies when I was a child, which, needless to say, got me into all kinds of trouble. It wasn’t as if I didn’t know what I saying was a lie, it was simply that the lie was more entertaining. But very few people understood this, especially my second grade teacher. I wasn’t creative, I was just a bad kid who lied. So, I learned to keep these more interesting tales to myself. It became a coping strategy in a way; these stories were a distraction from a reality I found difficult at times.

As I grew older, I realized other people don’t do this. Adults don’t normally escape to other worlds in the middle of conversation lulls or when feeling overwhelmed by the pressures of the day. I never considered this as a talent, but eventually I began connecting my imagination with the page.

Whitney Otto’s novel, How to Make an American Quilt was the first book that really truly moved me. I was always a voracious reader, but I hadn’t experienced masterful storytelling—or the power of beautiful phrasing—until I picked up this book. I was also a huge fan of Alice Hoffman and devoured her novels as a teenager, and then later on, began exploring the works of Isabel Allende, Laura Esquivel, Joanne Harris and Gabriel Garcia Marquez. At the beginning, I didn’t know I was writing magical realism; I was just writing. Reading One Hundred Years of Solitude for the first time was like listening to someone speak a language I thought only I understood.

3. Do you have a favorite book/subject/character/setting?

I don’t really have favorites. Isn’t that a strange thing to admit?  However, there are certain books I tend to return to time and again; characters and places I can’t seem to let go. JK Rowling’s Hogwarts is one of them. I don’t know a Harry Potter fan out there who wouldn’t give just about anything for a chance to experience that first magical view of Hogwarts Castle across Black Lake.

4.  What advice do you have for someone who wants to be an author?

I think if you can do anything else and still feel fulfilled in life, go do that other thing. To say it is extremely difficult to have a job in a creative field is putting it lightly. It takes mounds of internal motivation, determination, and, if I’m honest, a bit of delusion, and that is a lot to try to muster up on a regular basis. Plus, as sad as it is to admit, all that hard work doesn’t always result in happily ever after. I was just one of the lucky ones.

5. Where is your favorite place to write?

This is probably quite unprofessional of me to admit, but I have horrible writing habits. There’s something about sitting down at a desk and forcing myself to write for a predetermined amount of time that makes being on task incredibly difficult for me. I tried renting an office space for a summer once and I think the most I wrote was a couple of pages. That isn’t to say I haven’t had to force myself to write from time to time. I’ve learned that I’m most productive I have something else going on around me, like a chatty classroom or a busy coffee shop. But I can’t listen to music. Even Debussy’s Clair De Lune can inspire an instant dance party.

My favorite thing in the world is a finicky Chihuahua named Mr. Darcy. 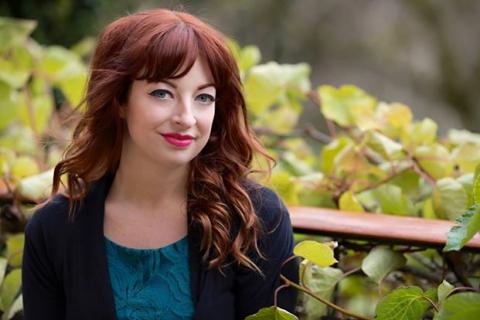