Joining LitPick for an Extra Credit interview is Lesléa Newman! Lesléa is an author and an anthologist, and has created 70 books which are either published or about to published under contract. Lesléa writes books for all ages. Her books include I Carry My Mother, Write from the Heart: Inspiration and Exercises for Women Who Want to Write, Heather Has Two Mommies, and Ketzel, the Cat Who Composed, which just received a Certificate of Excellence from the Cat Writers’ Association!

I never outline. I am a “spelunker” type of writer. Picture me in a dark cave wearing a hat with a light attached to it. The light shines, I see where to put my foot, I take a step forward. The light moves forward as well and I can see only far enough to take the next step. And so on. I never know where I’m going until I get there.

My book, The Boy Who Cried Fabulous, was written for my friend Roger, who said to me one day, “I have a friend who calls me the boy who cried fabulous. Wouldn’t that be a great title for a children’s book?” So I based the character “Roger” on my friend Roger. My dad was the inspiration for the grandfather in A Sweet Passover (and his recipe for matzo brei appears in the back of the book). My mom appears in many of my books, including the picture book, Just Like Mama and I Carry My Mother, which is a book of poems for adults that explores my journey through her illness and death and how I carry on without her. And of course my cats appear in The Best Cat in the World.

What do you do when you get writer’s block?

Cry. Pull out my hair. Kvetch. Then get on with it. I try to write every day even when—especially when—I don’t know what to write next. I also read a lot. Especially poetry. I try very hard to keep the faith and believe that I will write again. So far, it’s worked!

If you could live in a book’s world, which would you choose?

The world of my next book, because then I’d know what I was writing (I am currently between projects).

As far as books that already exist, I’d love to spend some time with The Little Prince on his planet. I was always very charmed by that story.

My favorite movie of all time is The Wizard of Oz. When I was growing up, we’d watch it on TV every year. At first we only had a black and white TV. Then when we got a color TV, it was very exciting to see Dorothy go from the black-and-white world of Kansas to the colorful world of Oz. I still remember the first time I saw the Wicked Witch of the West’s green face. I shrieked in terror!

I would so love to spend time with my beloved mentor Allen Ginsberg again. He was the kindest man I’ve ever known.

Wild Card Question: You write picture books and you write for middle graders, teens and adults. Do you find it harder to write for one age group than another, and is there one you prefer writing for over the others?

For me, writing is writing, whether it’s a poem, picture book, short story, essay, novel, or novel-in-verse. I think writing for teens is perhaps toughest of all because as I get older, I get further away from their world, especially in regards to technology. I don’t feel as distant from the picture book set, even though obviously, I am a lot older than they are! But they are not absorbed in technology in the same way that teens are. Writing for any and every age is fun, challenging, maddening and joyful. I feel very lucky to be a writer!

Lesléa, thank you so much for visiting LitPick! We love the imagery you have painted with your words describing yourself as a “spelunker” type of writer!

I have been writing ever since I was about 10 years old. When my family moved from an apartment building in Brooklyn, NY to a house in the suburbs, I felt very displaced and lonely. Writing and reading offered me comfort.

I was influenced as a child by Dr. Seuss, as a teenager by Anne Frank, Sylvia Plath and Ann Sexton, as a young woman by the beats, including Allen Ginsberg, with whom I worked, and later on by Grace Paley with whom I also worked, and many poets including Audre Lorde, Richard Wilbur, Pablo Neruda, and Stanley Kunitz. When I began writing for children and young adults, I was and continue to be influenced by the women in my writers' group including Jane Yolen, Patricia MacLachlan, Ann Turner, Barbara Diamond Goldin, Ellen Wittlinger, and Corinne Demas.

My favorite book is always my latest book, so today I would say it is OCTOBER MOURNING: A SONG FOR MATTHEW SHEPARD, which explores in a cycle of 68 poems the murder of Matthew Shepard. He was a gay University of Wyoming Student who was murdered in 1998 because he was gay. I was the keynote speaker for Gay Awareness week at his school the year he was killed, and I arrived on campus the day he died. Needless to say, it was a very emotional campus visit. My book explores this tragic hate crime in poems told in various voices including the fence to which he was tied, the stars that watched over him, and a deer that kept him company during the night.

Read every day, write every day, find or start a writers' group that consists of people whose opinion you trust, and be open to their feedback. Take yourself seriously and learn the business aspect of being a writer. Most importantly, be kind to other writers. At the end of the day, that's what is most important.

I have a writing room in my home, and that is my sacred space.

I am very grateful to each and every person who has ever taken the time to read one of my books. We live in a busy world and there are so many choices. To sit down and spend time with a work of art that I have created--that is a great gift to me and I never take it for granted.

And I'd like to put in a plug for the Matthew Shepard Foundation, which you can find at www.matthewshepard.org. Matt's parents, Judy and Dennis Shepard, started the Foundation shortly after her son was murdered. The Foundation's goal is to "erase hate." Each one of us can and must make a difference to make the world a safer place. I encourage everyone to carry on Matthew Shepard's legacy: erase hate and replace it with compassion, understanding, and love. 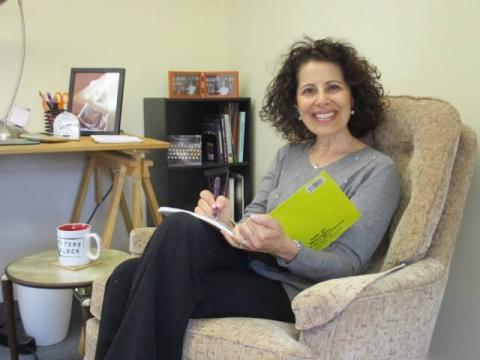