Laura Preble is the award-winning author of the young adult series Queen Geek Social Club (Penguin/Berkley Jam), which includes the novels Queen Geeks in Love and Prom Queen Geeks. Her novel Out dealsss with the concept of LGBTQ rights within a young adult dystopia. Alex Sanchez, author of Rainbow Boys, says "Out explores an intriguing, mind-bending, and challenging portrait of an upside-down world that turns the tables on homophobia, acceptance, and love.” Preble is the winner of a Kurt Vonnegut Fiction Prize, and has been published in North American Review, Writer’s Digest, Hysteria, and NEA Today.

Laura Preble's most recent novel, Anna Incognito, cleverly tackles some tough subjects such as obsessive-compulsive disorder and depression. But on a lighter note...Preble opens up to LitPick about what inspires her to write.

How did you get started writing? I started writing when I was young, but old enough to hold a pencil. I read all the time, so writing seemed like a natural extension of reading.

Who influenced you? My Irish grandfather encouraged me to write stories by giving me a yellow legal pad, and I wrote mostly to show him what I’d come up with. Also, my dad was a storyteller par excellence, although he was not a writer. In terms of other writers, I was greatly influenced by C.S. Lewis when I was young, and then later by Christopher Moore (Lamb, Fool), Tom Robbins (Even Cowgirls Get the Blues), Christopher Buckley (Thank You for Smoking) and sci-fi writers Kage Baker (The Company), Jim Butcher (Dresden Files) and Ray Bradbury (Fahrenheit 451).

Do you have a favorite book or character? Books are like kids—it’s hard to pick a favorite. I love them all for different reasons. I guess my favorite is Anna Incognito because it’s my most recent, and I feel like all the things I learned writing the others led me to this one. I think my favorite character is Mellow(from Anna Incognito because she is a mirror image of who I would’ve been as a teenager if I’d had confidence.

What advice do you have for someone who wants to be an author? Read everything you can. Learn what you love and what you don’t. Don’t write to please someone else. And if you start a project and don’t love it anymore, stop writing it. Don’t make yourself finish unless you really have a passion for the story. That being said, perseverance is very important. You’ll want to stop writing every project at some point…but you’ll know the difference between being stuck and still fascinated compared to just being tired of it.

Where is your favorite place to write? My office at home, although I do love coffee shops, too, because I can be alone in a crowd. At home, my dogs and kids tend to test my boundaries a lot, and although I desperately love them all, it derails the train of thought sometimes.

How woud you recommend authors to focus? We live in a noisy world. Find a place filled with silence, so you can hear your own thoughts. It’s easy to lose that voice in the constant chatter and confusion of a the modern world. Nature helps a lot. I have a tree swing, and it helps me really forget about the day and reconnect to the solid, natural world.

What's on the horizon for you as an author? I really want to write a book using Scotland as a setting, but I’ve only been there once, so I think I need to go back. 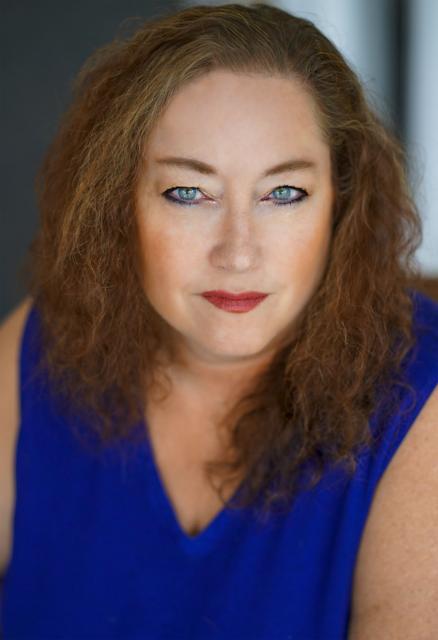