Karen Janowsky has loved superheroes and ancient mythology since the first time she saw the Super Friends on television in 1970's. Because flying an invisible jet was never a viable career option, and because running around in a cape, swimsuit, and bright red boots is not socially acceptable for adults, she teaches yoga and writing at the College of Southern Maryland. Her stories and poems have been featured in several anthologies and literary magazines since 1991. She received her master's degree in English from Florida State University. 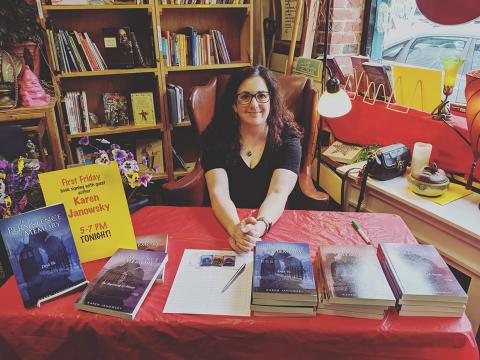