New York Times bestselling author of The Iron Fey and the Blood of Eden series, Julie Kagawa was born in Sacramento, California, but nothing exciting really happened to her there. So when she was nine, she and her family moved to Hawaii, which she soon discovered was inhabited by large carnivorous insects, colonies of house geckos and frequent hurricanes. She spent much of her time in the ocean, when she wasn’t getting chased out of it by reef sharks, jellyfish and the odd eel.

When not swimming for her life, Julie immersed herself in books, often to the chagrin of her schoolteachers, who would find she hid novels behind her math textbooks during class. Her love of reading led her to pen some very dark and gruesome stories, complete with colored illustrations, to shock her hapless teachers. The gory tales faded with time, but the passion for writing remained long after she graduated and was supposed to get a real job.

To pay the rent, Julie worked in different bookstores over the years, but discovered the managers frowned upon her reading the books she was supposed to be shelving. So she turned to her other passion: training animals. She worked as a professional dog trainer for several years, dodging Chihuahua bites and overly enthusiastic Labradors, until her first book sold and she stopped training to write full-time.

Julie now lives in Louisville, Kentucky, where the frequency of shark attacks is at an all-time low. She lives with her husband, two obnoxious cats, one Australian shepherd who is too smart for his own good, and the latest addition, a hyperactive papillon.

Author Julie Kagawa joins LitPick for Six Minutes with an Author! Julie is the bestselling author of the Iron Fey Series and the Blood of Eden Series. The first book in her latest series, Talon, will be released on October 28th.

How did I get started writing, or how did I get published? I started writing a long time ago... I always loved telling stories. I used to write gruesome tales in class (complete with colored pictures) instead of paying attention to the teachers. So, in a way, I feel like I've always been writing.

Getting published was a much longer journey. I knew I wanted to write for a living, but it took years and years of trying (and honing and refining my craft) to actually get published. In fact, from the time I got serious about making writing a career, it took fifteen years to get my first book sold. I guess you could say I got my “break” by attending writers' conferences... that's where I met my agent. I pitched her my manuscript, and she liked it enough to request the full story. I hadn't quite finished it, so I had to furiously fill in all the missing bits and do a marathon editing session to get it to the point where I felt I could send it off. My agent liked it enough to take me on.

Of course, that book was never published. My agent shopped it around for a year or so, and while it got some interest, no one picked it up. But rather than giving up, I used that time to work on other projects, one of which turned into The Iron King. I wrote Iron King as part of National Novel Writing Month (NaNoWriMo), and finished it in two months (it took something like five YEARS to finish the other manuscript, so I'm pretty proud of that!). My agent loved it, pitched it, and sold it within two weeks. So, after fifteen plus years of writing, a year of waiting on pins and needles while my agent shopped around one manuscript, I ended up selling a totally different book in just a few weeks.

Publishing is a funny business.

As a writer? A ton of people. For inspiration and advice on the craft itself, I was always partial to Anne Lamott's Word by Word. There's a lot of good advice couched in witty and self-deprecating prose. I love pretty much everything by Neil Gaiman and find his works (fiction and otherwise) to be quite inspiring. I've read a ton of traditional fantasy novels, like Anne McCaffrey Pern's series or the works of Robin Hobb (both, you'll note, full of dragons :) ). Harry Potter, of course... I worked at a book store when Harry Potter was at its peak, and would often dress up for the midnight release parties. I also get a ton of inspiration from anime, manga, and video games. Too many to name, but I tend to favor those that feature ultimate noble sacrifice and tragic endings. But you might have already guessed that part.

Hmm... that's a tough one. One of the wonderful things about books is that there are so many of them, and there are always new ones to discover. But, if I had to choose one, I'd probably say the Harry Potter books (okay, so that's choosing seven, but still). I love pretty much everything about those books, but I think what makes them so special is that everyone can relate to the idea of wanting to discover that they're part of some other magical world where they are more special and meaningful than they ever thought they were. Plus, pet owls. Who doesn't want a pet owl?

Persevere. That's the best advice anyone can give. You can't get published if you don't have a completed work, and you can't complete anything if you don't sit down and write. Every day. Writing is a skill that takes discipline and practice and lots and lots of work. And once you have a finished work, you're not going to sell it immediately. You'll have to persevere there as well, to keep sending out query letters and going to writers' conferences and meeting agents and editors. You'll get rejected – in fact, you'll probably get a LOT of rejection, but that's okay. Because if you DO persevere, if you keep honing your craft, improving your writing and storytelling, and putting your work in the hands of agents and editors, eventually you will get published. And believe me, when you finally DO sell that first manuscript, all the rejection you received up until that point makes the first sale that much sweeter.

I wish I had a romantic answer for this question – you know, like, “On an old wooden dock overlooking the lake where I spent my childhood summers.” But, the truth is, my home office is where I do all of my writing. It has a nice comfy chair, a big monitor, the computer never runs out of batteries, and, most importantly, has all kinds of automatic backups set up so I don't lose any work.

First, shameless plug: Go pre-order Talon. There's a great gift pack on pre-orders (while supplies last) including a signed book plate, a poster, and some other goodies.

Now that that's out the way, I want to reiterate that there's no magical formula to getting published. And since there is no magic formula, you should always write what YOU want to write. Don't chase trends. Tell the stories you want to tell. If you keep working at them, keep refining your craft, keep persevering, you'll spin a much better tale than anything you write because you think it's what you SHOULD write rather than what you WANT to write.

Julie, thank you so much for spending six minutes with LitPick! You may have just inspired many people to participate in this year’s National Novel Writing Month (NaNoWriMo), which begins shortly. 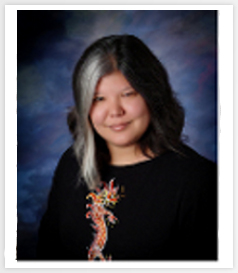