Judy Martialay
I was born in Mount Vernon, New York, and received a BA from Mount Holyoke College and MA from Columbia University. I taught Foreign Language in elementary school, middle and high school.

During and after retirement, I devoted time to public advocacy for foreign language education with the New York State Association of Foreign Language Teachers.

My dream is to give all children the opportunity to experience a foreign language, as early as possible.

I have traveled to Mexico, France, Spain, Italy, Algeria, China, Ethiopia, Greece, Israel and other countries. I love guitar, oil painting, and gardening. I am  currently studying Japanese. I live in Sea Cliff, N.Y. with my husband Javier, I have two grown daughters and one granddaughter.

Joining LitPick for Six Minutes with an Author today is Judy Martialay. Judy is the author of ¡HOLA! Let’s Learn Spanish. She has a passion for foreign languages and has taught them to elementary, middle, and high school students. Currently, Judy is studying Japanese.

I never dreamed that I would be an author! I was a teacher of foreign languages; nowadays, the subject is called “World Languages.” I wanted children to have an early start in learning a world language. Most children do not have that opportunity because very few elementary schools have these programs. I wanted to write a book that would give kids and parents a fun introduction to Spanish so that they would want to continue learning more. It took at least ten years for me to write the first book and others!  ¡HOLA! Let’s Learn Spanish is published. Now I’m working on the book for French.

I like to think that I’m totally original! My sources came from my experience teaching and from the help of experts in the field of early language learning, reading children’s books, going to conferences and reading about writing in publications such as that of the SCBWI (Society of Children’s Book Writers and Illustrators) of which I am a member.

I love to read. Recently I have been reading about specific periods of time, like the Middle Ages, the Ancient Greeks, and Biblical times. I just finished Witches by Stacey Schiff, a book about the witches of Salem, Massachusetts. It took place in the 17th century. It’s amazing that people actually believed that witches fly on broomsticks. There was testimony in a trial that a witch’s broomstick cracked and she fell to the ground. She wasn’t hurt though. Unbelievable! Now I’m reading about Joan of Arc. Imagine a woman who could command an army of men in the fifteenth century.

I would say to join writers’ associations and to join a local group of writers who not only critique one another, but who also give each other advice and support. In my case, I followed the advice given in a list of suggestions: read your work aloud.

Parents, if there is a young child in your life, give that child the advantages of an early start in learning another language. Kids, learning a foreign language is a great adventure into another world: you’ll meet new people, make new friends, and explore everything that another culture has to offer: colorful customs, sports, holidays, interesting places, great music, art, and yummy food!

¡HOLA! Let’s Learn Spanish is a great way to get kids 6-10 started in learning Spanish. Children board an imaginary airplane piloted by Pete the Pilot. They learn their first Spanish as they travel to Mexico. When they arrive, they meet Panchito, the Mexican Jumping Bean, and they follow his adventures while being drawn into the culture. Back home, they have fun activities to practice their Spanish, including a treasure hunt, skit, Culture Corner, song and a craft. This can be an enjoyable activity for a family to do together. Parents don’t need to know any Spanish; just go to the website www.polyglotkidz.com, audio page, download the free audio version, and follow along with the book to learn the correct pronunciation. It’s easy and it’s fun.

The best age to begin learning another language is as early as possible. Why? We can all learn a language at any age, but children have more time to master the complexities of human expression that make up a language. Adults usually don’t have the time it takes to become proficient in a language; they have to earn a living!

Also, children have a unique ability to reproduce the sounds of any language. This capacity gradually disappears and shuts down at about age 12. You may know someone who spoke another language, came to this country, and learned English. If that person was young enough, chances are that he or she speaks English without a foreign accent.

Children adapt more easily to change; it’s easier for them to accept that things are said differently in another language. Maybe this is because the patterns in their native language aren’t so deeply ingrained.

My granddaughter is almost two years old. She has the advantage of having an au pair girl who speaks to her in Spanish. She is at the stage where she repeats everything, and she accepts what she hears without question.

Research has shown that children who study another language have greater cognitive ability, better thinking skills, improved memory, greater mastery of their own language, higher verbal skills, more tolerance for diversity, more respect for other cultures, and better appreciation of their own culture. They can communicate directly with millions more people and have better opportunities for employment. At a later stage in life, the onset of dementia in bilingual people can be delayed by up to five years because of the development of mental capacity inherent in learning a language.

Unlike other countries with advanced economies, most children in our country (U.S.) don’t have the opportunity to start foreign languages early. Only about 15% of elementary schools offer any form of FLES (Foreign Language in Elementary School) programs. The prevailing attitude here is that “the whole world speaks English.” In fact, 75% of the world’s population neither speaks nor understands English. While it is true that millions around the world study English and other languages, there are varying levels of ability, and many would prefer to speak their language.

Parents, if your local school doesn’t offer FLES, please go to the Board of Education to ask them to begin these programs. Go with other parents, because there is strength in numbers.

Give your child and others the gift of a foreign language.

Judy, it has been a pleasure getting to know you, and thank you for sharing all the wonderful benefits of learning a second language. 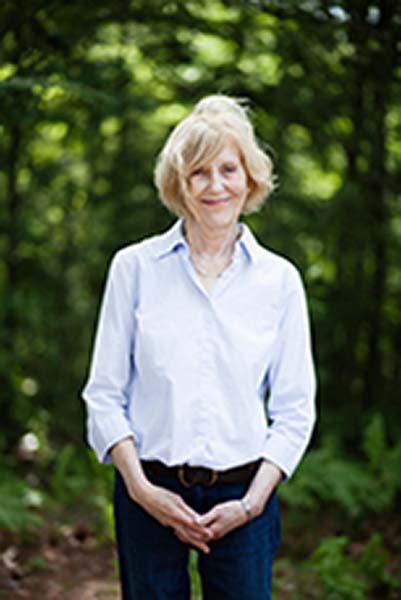