Judy Klass wrote the best-selling original-series Star Trek novel The Cry of the Onlies. Her short fiction has appeared in Asimov's Magazine, Bryant Literary Review, Satire, Space & Time, Muse & Stone, Wind Magazine, Outer Darkness, Tales of the Unanticipated, Albedo One, Auslander, Phoebe, the Harpur Palate and elsewhere. Three of her full-length plays have been
produced; one of those, Cell, was nominated for an Edgar and is published by Samuel French. Judy co-wrote the Showtime cable film In the Time of the Butterflies, based on the novel by Julia Alvarez. She first wrote Au Pair Girl as a screenplay which was optioned many times.

I come from a family of writers.  My mother wrote books for adults and also young adult novels.  My father was a cultural anthropologist, and so he wrote more non-fiction.  But he wrote some science fiction when he was younger, and his brother was a Golden Age of Science Fiction writer.  My sister and brother both write -- so it wasn't really a choice in my family.  I had to become a writer, or risk being exiled, and sent wandering off on my own, across the frozen tundra . . .

Again, I'd say my parents. Reading Pride and Prejudice by Jane Austen when I was eleven or twelve was very exciting; that made a big impression on me.  Frances Hodgson Burnett's books A Little Princess and The Secret Garden bowled me over when I was younger.  Jean Webster's hilarious, delightful novel in letters called Daddy-Long-Legs made me a much better letter writer.  I'm also a George Orwell buff. He wrestles with the issue of whether good fiction should have a political agenda.  He thinks it should -- but people like Ernest Hemingway and James Baldwin say it should not. I think a good writer is always having that debate in his/her mind.  It's too complicated to ever resolve completely.  In terms of recent YA books, I think Suzanne Collins and the Hunger Games books are pretty wonderful.  In terms of books that turn kids on to SF, it's hard to beat Orson Scott Card and the Ender's Game books.  I'm also a playwright, and I like recent plays like Proof by David Auburn and Doubt by John Patrick Shanley.

Again -- it's hard to beat Pride and Prejudice.  In terms of what I write myself -- a lot of what I write is science fiction.  I grew up feeling aware that my uncle, William Tenn, was an important SF writer, and I watched Star Trek shows growing up -- and those universes seem to come naturally to me.  But Au Pair Girl, my first published YA book, is not an SF story. I drew on some of my own experiences as a mother's helper when I was writing it -- and then I turned it into a thriller. The YA book I'm writing now is about time travel, so that is more in an SF vein.

Think about who your characters are -- especially your protagonist.  Write what you know, and draw on qualities in yourself when you create your characters. Let's say you are extroverted at times and shy at other times -- you know what both those states of mind feel like.  You could write a book with a shy character and a loud character who likes to make a splash -- and both of them would be convincing, because both of them would come out of your own experience. When you are writing a scene between two characters, don't tell them what to say.  Figure out who they are, and what the stakes are for each of them in what they are discussing -- and then just listen to them.  Try to hear their voices, and just be a stenographer, and write down what they say to each other.  Once your characters take on lives of their own -- that's when you're really a writer.

I have an office area, with piles of loose papers I should organize (although my cat likes to nest on the loose papers -- she'd be upset if I cleaned the room properly.) My desk and my computer are there, and books that I used for research (on different eras in history, at the moment, for my time travel novel) and that is where I do most of my writing.

I grew up in the New York/New Jersey area, but eventually I ran away from home and moved to Nashville, Tennessee -- because I'm also a songwriter!  I think it's fun to try very different kinds of writing.  I haven't given up the day job, though -- I teach at Vanderbilt University and Nossi College of Art. 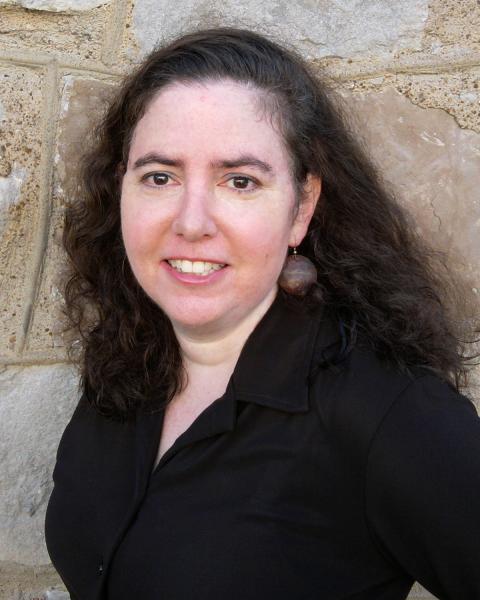