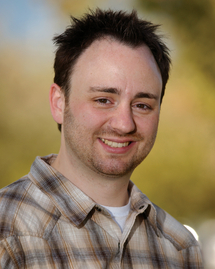 From Wikipedia.com: Jon Samuel Lewis is a fiction writer who writes under the pen name J. S. Lewis. Lewis grew up in the Midwestern United States, spending most of his time in Minnesota and Iowa before moving to Arizona where he would attend Arizona State University, earning a degree in Broadcast Journalism.

At an early age, Lewis set out to become a comic book illustrator, but he discovered a love for writing when he first began crafting the background stories for the comic book characters he had drawn. Lewis began his first novel at the age of fourteen with writing partner Derek Benz. Intended to be an epic fantasy in the tradition of Tolkien, Lewis and Benz never finished the manuscript. The authors reunited in Arizona in 2000, however, where they began writing their Grey Griffins series.