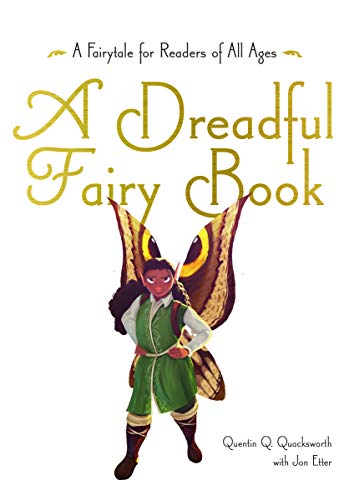 LitPick has partnered with The Children’s Book Review to bring you an author interview with Jon Etter, author of A Dreadful Fairy Book.

Be sure to check out the book giveaway at the end of the interview.

***The title of the book is very fitting for your tale. Was this always the obvious choice or did you go back and forth with any other titles before settling on A Dreadful Fairy Book?

Unlike the other books I’ve written and almost all of my short stories and poems, I never wavered on the title for A Dreadful Fairy Book or that the series would be called Those Dreadful Fairy Books. If nothing else, I love the thought of parents having this conversation:

“So what’s your kid reading these days?”

What can I say—whimsy runs pretty deep in my family. When my mother was pregnant with me, my great-grandparents saved all the pennies they acquired during that time and started my bank account with it just so they could say that when I was born, they gave me every penny they owned.

***What inspired you to write this story about fairies?

My daughter went through a big fairy story stage a couple years back, and we were reading a lot of wonderful fairy literature—The Spiderwick Chronicles, the Artemis Fowl books, the Sisters Grimm series, and many others—and then we hit some books that neither I nor my daughter enjoyed. After verifying that she had no interest in finishing them, I grabbed the books, headed to the door, and called out to my wife, “I’m going to take back those dreadful fairy books!” As I walked to the garage, I thought, “You know, I’d read a series called Those Dreadful Fairy Books. I bet my kids would too…” And that’s where it all began.

***Do you have a favorite fairy or other character in the book?

I’m actually the only member of my family who doesn’t. My wife is partial to Chauncey the Gentletroll of Refinement, my daughter goes back and forth between Shade and Ginch, and my son’s a big Professor fan. I think I enjoy writing all of the characters too much to have a favorite, although it should probably be François the Gargoyle since I, like him, am an indoorsy coffee addict prone to telling bad jokes.

As a kid, I wrote stories and drew comic books because of my deep love of both. As I got older, I took creative writing classes in high school and college (including one with David Foster Wallace right before Infinite Jest came out) and occasionally would take a stab at the odd story or poem in my 20s and 30s, but it wasn’t until I turned 40 that I really got serious about writing. Seeing my friend Drew, a lawyer with twin girls, crank out several fan fiction novels for practice and then get to work on a completely original work showed me that all of my excuses over the years about being too busy as a high school English teacher and father of two were just that—excuses. So I made the time to write, got down to it, and started cranking out stories and poems.

So many writers, artists, and people in general. As far as A Dreadful Fairy Book goes, I think my biggest literary influences were probably Lewis Carroll, Roald Dahl, A.A. Milne, and Douglas Adams (in many ways, I think of Those Dreadful Fairy Books as my attempt to do to middle grade fantasy what Adams did to sci-fi with The Hitchhiker’s Guide series).

British storytelling has this wonderful, rich strain of humor and irreverence stretching at least as far back as Chaucer that I’ve been drawn to since I was a little kid. Reading all of those works, plus being allowed to watch Monty Python’s Flying Circus at far too young an age, made it almost impossible for me to take anything in life completely seriously. And then there are American humorists like Twain, the Marx Brothers (I mean, if you’ve ever seen even part of a Marx Brothers movie, you know exactly where Ginch and the Professor came from), and more recently Daniel Handler adding their own branches of satire, absurdism, and irreverence to the mix. Finally, of course, my series is rooted in my deep love of the fantasy genre, which largely began with me discovering The Hobbit and The Chronicles of Narnia at my local library when I was in the third grade.

***Do you have a favorite book or subject that you like to read about?

The Adventures of Huckleberry Finn is the book that I’ve kept coming back to again and again ever since my father first read it to me. People much more learned and eloquent than I have discussed the book’s importance when it comes to matters of race, American literary style, regional dialects, and many other aspects, so I’ll leave those topics to them. Beyond those things, though, I think it beautifully demonstrates the potential that middle grade and YA novels have. Since it was published, Huck Finn has shown young readers how humor and kindness can exist in a world that is often times scary and unjust and outright horrible, how protagonists of stories don’t have to be the smartest or the strongest or the boldest people, how adults in positions of authority can be just as dumb or even dumber than the kids they’re supposed to be responsible for, how even happy ends aren’t necessarily that happy, and how no matter how much adults try to convince them otherwise, kids’ lives are not always simple and happy and carefree. It’s a book that refuses to sugarcoat things for kids and takes their lives and struggles very, very seriously.

As simple as it sounds, I think the main thing is just to write. Make the time to do it on as regular of a basis as you can, find and embrace the joy of creation while doing it, and when you finish one thing, roll right into the next project. Beyond that, I’d say know and accept that rejection is a necessary part of the process. Given that books like A Wrinkle in Time and Harry Potter and the Sorcerer’s Stone were rejected a bunch of times before someone recognized their greatness, it’s unrealistic to think that the first agent or editor you send your work to will immediately fall in love with it. That said, if you’ve got a good story and if you keep at it, there’s a good chance that it’ll eventually find a home. I’ve had ten short stories and three poems accepted for publication, I landed a fantastic agent, and somehow I managed to convince Amberjack Publishing that signing me to a three-book deal was a good idea (it wasn’t, but the ink’s dry on the contract so they’re stuck with me), and along the way I managed to rack up hundred and hundreds of rejections—at least one (usually a lot, lot more) for every single work that was eventually accepted.

Libraries for the musty smell and inspiring sight of all those books, and coffee shops for the coziness and ready access to work juice. I write at home a lot, but there’s always the laundry and the dishes and whatnot demanding attention. Plus the children. I find it much easier to neglect my children when they’re not physically around.

The open-ended questions like this make me afraid I’ll accidentally blurt out some deep, troubling secret, like the panda-smuggling ring I’ve been running for the past five years or the fact that I shot a man in Reno just to watch him die . . . . Dang it! If you’ll excuse me, I’ll go turn on the porch light and brew some tea for when the police show up.

Thanks for allowing us to get to know you and your writing. We love the story of how you were inspired to write Those Dreadful Fairy Books. We can’t wait to hear about which dreadful books you create next.

GIVEAWAY
Click here to enter to win a copy of A Dreadful Fairy Book by Jon Etter!
Ten (10) winners receive:

Publisher’s Synopsis: Shade the sprite is dreadful at being the perfect fairy. After her treehouse burns to the ground, Shade embarks on a quest, albeit with rather questionable companions, to find a place her outré self can finally fit in—a place of companionship and comfort and, most importantly, positively filled with books. When fantastic ruffians, swindlers, and a pack of ruthless Unseelie hunters threaten to halt her at every turn, can Shade survive the dreadful journey and find a destination she can truly call home?
Ages 9-12 | Publisher: Amberjack Publishing | November 20, 2018 | ISBN-13: 978-1948705141 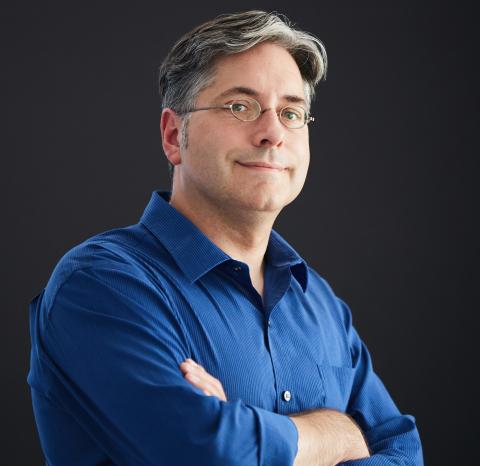