John Madormo, a Chicago area screenwriter, author, and college professor, has created a body of work that has attracted the attention of motion picture producers and publishers. John has sold a family comedy screenplay to a Los Angeles production company, is the author of a mystery series with a major New York publisher, and was recently named the Grand Prize winner of a national writing competition.

Here are just a few of his accomplishments:

- John is the author of a four-book series with Penguin Books for Young Readers. The middle-grade mystery series, "Charlie Collier, Snoop for Hire," is a tale about yours truly, a 12-year-old private detective, who sets up shop in his parents' garage and solves cases for fellow sixth-grade classmates. The debut novel, "The Homemade Stuffing Caper," was released in May, 2012. The sequel, "The Camp Phoenix Caper," was released in February, 2013. Book #3 in the series, "The Copy Cat Caper," hit bookstore shelves in September, 2013. And Book#4 debuted in 2017.

- He optioned a family comedy screenplay, "Two-Faced," to Doris Roberts ("Everybody Loves Raymond") Enterprises. Ms. Roberts and her manager-son, Michael Cannata, held the rights for 3 years.

- John Madormo completed a screenplay adaptation of the young adult novel, "The Ghost of Lizard Light" by Elvira Woodruff, for Flatiron Films (producers of the 2000 release, "Pay It Forward," starring Kevin Spacey and Helen Hunt).

- John signed a contract with Zumaya Publications (Austin, TX) for a middle-grade series titled, “The Adventures of Rutherford, Canine Comic.” Book 1 debuted in September of 2020.

- He signed a contract with The Wild Rose Press (Adams Basin, NY) for a young adult novel titled, “The Summer of Guinevere.” The book was released in the spring of 2019.

- John also signed a contract with The Wild Rose Press (Adams Basin, NY) for a young adult novel titled, “The Autumn of Andie.” The book will be released in the summer of 2020.

John has placed in the following screenwriting competitions:

- Semi-Finalist in the Scriptapalooza International Screenplay Competition ("The Boys' Club")

John has also entered into option agreements with the following production companies:

You can read more about John's writing projects at www.johnmadormo.com. 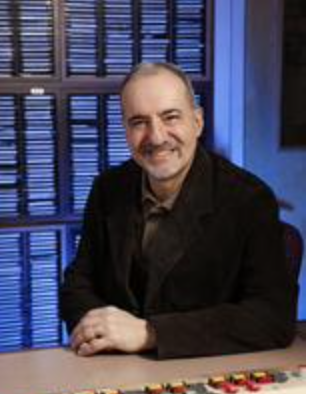