John DeSimone is a published writer and novelist. He specializes in biographies, memoirs, and fiction. He’s been an adjunct professor of English at Biola University and holds an MFA in Creative Writing from Spalding University. For eight years, he directed the OC Writers Conference in Newport Beach, California. His recently co-authored books include bestselling, The Broken Circle: A Memoir of Escaping Afghanistan, released by Little A/Amazon Publishing. It was featured as a Kindle Select title for February 2019, before its hard release March 1, in both the U.S and the U.K., and Courage to Say No, by Dr. Raana Mahmood about her struggles against sexual exploitation as a female physician in Karachi. Skyhorse Publishers in New York will release it during the latter part of 2019.

Joining LitPick for an author interview today is author and professor John DeSimone, author of The Road to Delano. He specializes in biographies, memoirs, and fiction.

The Road to Delano has just been released, and it received the LitPick Five-Star Book Review Award. Our reviewer said, “This book would be well-suited to anyone who enjoys a good mystery mixed in with lots of action to keep the reader coming back for more.”

Very young, but not seriously until in my’40s when I began attending writing conferences. I joined a writing group and have been in one or another continuously since. Writing fiction, particularly novels, is a long lonely process, in that I’m always working alone, wondering if what I’m doing worthy of a reader’s time. Only by staying connected to other writers and grounded by objective voices of criticism have I been able to improve and grow.

I felt drawn early in my life to stories. I gravitated toward adventure, space adventure, frontier adventure, detective stories. I didn’t begin reading seriously, and what I mean by that is consecutive until I was in college. Before that, I was eclectic. In college, I found the Greek tragedies and Shakespeare. I remember that certain stories, the dramatic ones, more than the suspense ones, stunned me. I would have to get up and walk around after I completed those books. Those books had a lot of history and a great emotional punch. I’m not talking about romance, but real emotion—love, empathy, caring, sacrifice, all the range of what we can feel as humans. That experience influenced me more than any other person or event to take up the craft seriously. I wanted to find a way to communicate the deeper emotions of our human experience.

My favorites change as I get older. If you would have asked me in elementary school, it was Tom Swift. His space adventures are pretty dated now. In high school, I was too busy to read. Big mistake. In college, I was on a read-a-thon. Steinbeck and Dickens were my favorites. Of course I’ve read Stephen King and as many popular novelists as I had time for. But I found myself returning to historical fiction because I couldn’t get away from my love of discovering why things happened in the past.

My favorite historical novel, currently, is Fall of Giants by Ken Follett. His book is a mastery of craft and historical accuracy that dwarfs many in the genre. To me, it is the high point of his body of work. But that’s just my opinion. Fall of Giants takes place before WW one in northern England. The conflict is between the coal miners and the aristocrats who rule the land. If you like Downton Abbey, this book takes you out into the village and shows you what was really going on and why the big landholders were failing. Good historical fiction should give you a perspective on a time and place you can’t get from reading history alone. It should show the emotional, economic, spiritual, and cultural effect specific events had on people of the time. If you want to understand the class conflict in England before World War 1, read Fall of Giants. Downton Abbey only gives one view. It’s not really history.

If we understood the trends and movements of the past and how people responded to them the way they did, we would better understand our present lives and social predicaments. That is why I read and write historical fiction.

Reading widely is the most important habit to acquire. Then the habit of writing, because it is a disciplined habit. Without the reading and writing habits, even if its journaling regularly, one cannot progress to the next step. Which is, acquiring skills. The craft of writing is as exacting as any craft such as carpentry or being an electrician. Can you imagine asking a plumber into your home to fix a problem who has never trained on how to fix pipes? The same with writing. If you want readers to invite you into their mental life you must have the ability to say something worthy of their time spent reading it. Acquire the disciplines of reading, writing, and learning the craft. The resources today to accomplish all of these are readily available.

***What motivated me to write about Road to Delano?

Ah, now to the real question. A writer is always in search of ideas that are strong enough to carry an entire novel. I had started books with flawed or not well-thought out ideas and never finished them. So I am constantly on the hunt. For a class I was teaching, I read a book on the history of nonviolence. The book started with Socrates and ended with MLK and Cesar Chavez. I knew a lot about early California history but not much about the farm labor struggles in the 1950s – 1970s. So I began to read. And read. I went to Delano, went into the small library downtown, and found a small archive of newspaper clippings. My eyes were opened to the battle in the fields over simple things. Cesar Chavez’s stand was heroic by every measure of heroism. I have decided I want to write about culturally heroic figures and events, and the story was there for me to develop. It took six years to write, research, rewrite, and edit, and sell the book. Now you can read it. That’s my story.

John, thanks for joining us to tell us more about what has inspired you along the way. We love to see how the pieces have come together to lead you to write your books. We hope you will continue to shine a light on moments in history. We can’t wait to hear about what you’re working on next. 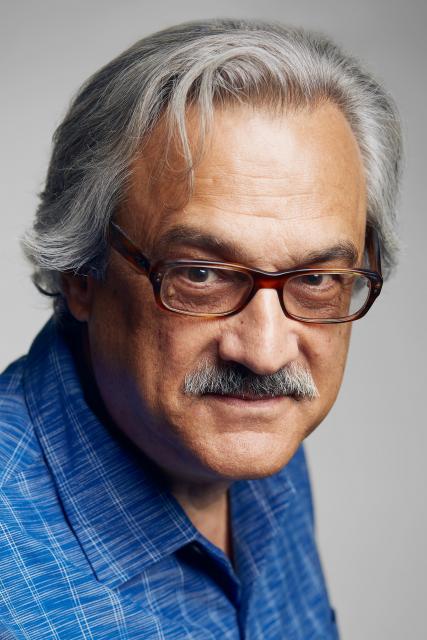