Visiting LitPick today for an Extra Credit interview is Joan Donaldson-Yarmey! Joan began her writing career with a short story, progressed to travel and historical articles, moved on to travel books, and mysteries and Canadian historian novels for young adults. Joan's YA books are West to the Bay and West to Grande Portage and her new book, “Crazy Cat Kid” which is coming out June 1st.

I have never worked with a solid outline because I find that my characters seldom end up the way I first pictured them and plot never takes the route I thought it would. I do have scenes pictured where characters are going to have a certain conversation or be at a certain place, but unexpected conversations or character twists happen as I am writing the story. I have even been surprised by the ending.

I have taken bits and pieces of people I know to construct characters in my novels. After reading my second mystery novel, a woman asked me where I got the idea for it. I told her I had made it up and asked why. She said it was the story of her sister’s life. I did know her sister, but I had never heard anything about her past.

I really haven’t had writer’s block. My writing is quite haphazard, and I usually have future scenes pictured. If I get to a point where I can’t continue in the scene I am writing, I always have another scene I can work on.

That’s a tough one. I’ve never thought about it. The Orient Express train written about in Agatha Christie’s Murder on the Orient Express sounded so luxurious and romantic. I would have liked to ride the train during its heyday.

I always like a surprise ending to any book I read or movie I watch. If I have read a book, I never watch the movie because I know how it is going to end.

Edgar Allan Poe. Even though I read his stories over a hundred years after his death, I was intrigued by the macabre twists to his writings and the terrible situations in which he placed his main characters. I would like to talk with the man and learn how his mind worked.

Wild Card Question: You have moved over thirty times in your life and have had a variety of careers. Do these things play a part in your books, and if so, how?

Yes. I was a travel writer before turning to fiction. In my Travelling Detective Series, my main character is a travel writer who gets drawn into solving a mystery every time she is working on a travel article for a magazine. I have worked in Long Term Care and so does she. I have gone gold prospecting in the mountains of southern British Columbia, Canada. In my stand alone mystery novel, Gold Fever, my main character goes into the mountains of southern B.C. to find out what happened to her grandfather who disappeared in 1960 while prospecting for gold.

I guess it comes down to writing about what you know.

Joan, thank you so much for spending time with LitPick! We may be tagging along with you if you ride the Orient Express! Congratulations on the release of your new book, Crazy Cat Kid!

Joining LitPick for a Six Minutes with an Author interview is Joan Donaldson-Yarmey! Joan’s writing covers many different genres: mystery, mystery/romance, young adult Canadian historical fiction, and science fiction. Joan has also written a series of travel books that describe what to see and do along the back roads of British Columbia, Alberta, the Yukon and Alaska. Joan enjoys variety in life, having moved over thirty times and enjoying an assortment of careers including meat wrapper, gold prospector and house renovator. Joan’s books include the Canadian historic fiction books West to the Bay and West to Grande Portage.

I took a writing course, and one of the lessons was that I had to write a fiction story or a non-fiction article. I wrote about an injured hawk my son and I found beside the highway. We took him home and found that his wings were crossed behind him. We kept him in a cage for a couple of days and then let him go. My instructor suggested I send the story to a small magazine, and they accepted it.

There isn’t one person who influenced me. I have liked reading mysteries since I was a young adult, so I admire good mystery writers. I like the way they lay out the plot, and I especially like a surprise ending. Although my first seven books were travel books, I then went on to write four mystery novels. But since I like change, I am now writing books for young adults.

I don’t have a favorite book, subject, character, or setting. I do have writers that I like to read. If they have a series about a main character or stand-alone books, I will read them. I do like to read books with unusual settings so that I can learn about other places.

An author must like to read. Start out writing in the genre that you like to read. Take some courses to learn how to present a story, then just get writing. Write as often as you can. Some people write for their own pleasure, some want to get published. Make sure you enjoy the writing process.

I own a lake lot with a fifth wheel on it. I call it my writing retreat and I go there as often as I can.

I don’t always pick a genre and write a story. Sometimes I have a story to tell, and once it is written I then decide what genre it fits.

Joan, thank you for spending six minutes with LitPick! We have enjoyed getting to know you. 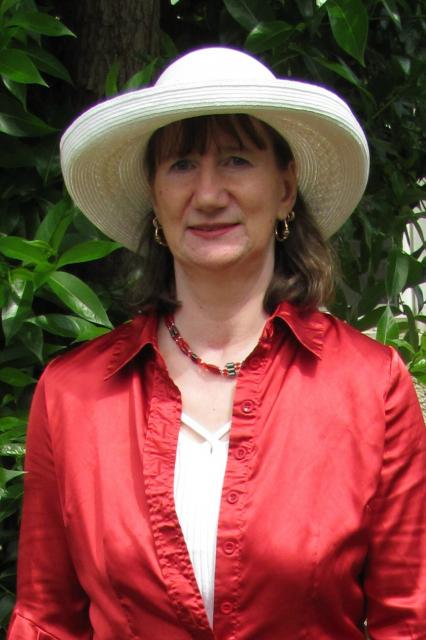