Jake Kerr is an author of children's, young adult, fantasy and science fiction. He has been nominated for the Nebula, Sturgeon Memorial, and Million Writers Awards and been published in year's best anthologies.

After fifteen years as a music industry journalist Jake Kerr's first published story, "The Old Equations," was nominated for the Nebula Award from the Science Fiction Writers of America and was shortlisted for the Theodore Sturgeon and StorySouth Million Writers awards. His stories have subsequently been published in magazines across the world, broadcast in multiple podcasts, and been published in multiple anthologies and year's best collections. A graduate of Kenyon College, Kerr studied fiction under Ursula K. Le Guin and Peruvian playwright Alonso Alegria. He lives in Dallas, Texas, with his wife and three daughters.

Author Jake Kerr stopped by LitPick for an Extra Credit interview! His newest book, Tommy Black and the Coat of Invincibility came out earlier this month.

I started out writing without any guidance other than “I wonder where this story will take me next.” Unfortunately, after I was going nowhere with the novel, I deleted 35,000 words, plotted out an ending, and then wrote 40,000 words to finish the novel. Losing 35,000 words worth of work certainly teaches you to plan! I next plotted very tightly, having every last detail planned out. I wasn’t quite fond of this, and I don’t think the work I produced was as full of life. So today I have a rough idea as to where the story is going, along with some key conflict points along the way. Then I let my imagination fill the gaps as I start writing.

Beyond the process, ideas constantly pop into my head as I write. In fact, just last week I was working on my Guildmaster Thief series, and an idea I had with a current plot point linked with a very random event in book one. So I linked the two, and it is really wonderful how the various plot points come together as you write. Some of it is planned, but I assure you a lot of times when you read and say, “Wow, the author did a really good job planning this surprise!” what actually happened was that he or she got a great new idea and either wrote it around what happened before or went back and rewrote the earlier parts of the book to make the link seamless.

I’ve used the names of people I know for characters, but in terms of using their personality as a basis for a character? I’m not sure. I think it is likely that I do it subconsciously, but I don’t think I ever crafted a character on someone I know on purpose, and I know a lot of interesting people! One thing I know that I do, however, is take parts of my own personality and use them as core traits in characters, but the characters themselves aren’t “me."

I can’t say that I’ve really suffered writer’s block yet. I do have a ton of projects that I want to write, and it actually scares me that I’ll write too slow or not write at all such that I’ll never get to them. So fear of not telling the stories I want to tell propels me past any kind of writer’s block.

Fantasy writer Piers Anthony wrote a series called The Apprentice Adept, and the setting of that series is a place where magic and technology live in adjacent universes. A few people can travel from one to the other, and I think it would be a lot of fun to live in that world. To do magic, and to be on a spaceship… how can you not like that?

I really loved the 2003 Peter Pan film. That was just so wonderful and full of life. I also thought that the third Harry Potter film, Harry Potter and the Prisoner of Azkaban, was magical and thrilling in all the ways that the books were. It truly captured the books more than any of the others.

Edgar Rice Burroughs. He created Tarzan, John Carter of Mars, The Land That Time Forgot… so many iconic fantasy worlds and characters sprung from his brain. I would love just to chat with him and listen to him talk about the wonderful worlds in his head. And, I have to admit, it would be wonderful to have him spin tales of Tarzan or John Carter that aren’t in novels. To get a new Tarzan story? That would be priceless.

Wild Card Question: You have degrees in English and Psychology from Kenyon College. Do you feel your Psychology degree has been beneficial as an author, and if so, how?

Absolutely. There are so many ways that our behavior is shaped by our world around us, and the way this manifests itself into our personality is the essence of creating a character on the page.

Jake, thank you for taking time for a second interview with LitPick! We wonder how many authors gasped (as we did) when they read you deleted 35,000 words you had written! It does sound like it has worked out well for you, fortunately!

Today Jake Kerr joins LitPick for Six Minutes with an Author! Jake is the author of Tommy Black and the Staff of Light. Jake’s first published story, The Old Equations, was nominated for the Nebula Award from the Science Fiction Writers of America and was shortlisted for the Theodore Sturgeon and StorySouth Million Writers awards. His stories have subsequently been published in magazines across the world, broadcasted in multiple podcasts, and published in multiple anthologies and year’s best collections.

In this interesting interview, Jake reveals his famous classmate, and has a surprise for you at the end of the interview!

Ever since I first read The Hobbit when I was little I’ve wanted to be a writer. The trouble was that I read so much that when I wrote my own stories I realized how awful they were! So I only wrote a few stories in high school and college. Because I did love to write, I decided to write columns and essays instead, so I spent 15 years as a music industry journalist. It was a lot of fun writing about rock bands and music on the radio. But you know what? It was also great practice for my own writing, and over those 15 years I got better and better.

Then about ten years ago my old college classmate Laura Hillenbrand released the book Seabiscuit. It inspired me, and she cheered me on to start writing fiction again after a long layoff. So I started writing, and when I finally published my first story (“The Old Equations”), it was nominated for multiple awards. Ever since then I’ve been writing stories and novels, and the first novel I’ve published is an action adventure fantasy for people of all ages—Tommy Black and the Staff of Light. By the way, if you want to read my story “The Old Equations,” it’s in my short story collection Selected Stories, which you can get for free via this link: http://bit.ly/1xNOs1o.

When I was younger I loved writers who told fun adventure stories. J.R.R. Tolkien was a huge influence, but so was Edgar Rice Burroughs and his John Carter and Land That Time Forgot series. I also can’t forget Ursula K. Le Guin and Anne McCaffrey. Classic science fiction also was a big influence. I loved the short stories from the fifties and sixties. As I got older, I discovered the horror of Stephen King and sad and inspiring children that Charles Dickens wrote about. So many books. So many stories. I love stories. Those are my true inspiration.

My favorite book is probably Tom Jones by Henry Fielding. It’s a classic from a few hundred years ago, but it is timeless! It is the story of a young orphan who just lives life full of love and enthusiasm, and reading it always fills me with joy. A very close second is The Land That Time Forgot by Edgar Rice Burroughs, about a group of people who are stranded on a remote island occupied by dinosaurs.

My favorite characters are young men or boys like me who face rough times and difficult odds but never let it get them down as they struggle to overcome the odds. I don’t really have a favorite subject or setting. I love fantasy, science fiction, horror, historical, and contemporary fiction (and more)!

Have you ever seen art students at a museum painting the old masters, doing their best to replicate the various effects that they see? Writers need to do the same thing, so the best advice I can give to a writer is to read a lot. Actually, it goes beyond just reading a lot; you also need to read widely. If you love fantasy, try a western. If you love horror, try a classic. If you love contemporary romance, try a mystery. In fact, read everything. Each style and genre can teach you how to do different things with your writing. The hard part is that when you read a lot and you read widely your own writing will appear weak. That’s what happened to me. But don’t let this get you down! Keep reading and keep practicing your writing. Eventually you’ll make all the connections and understanding you need, and your writing will look more and more like the great books you are reading.

There really is nothing I like more than being in a small café with my laptop and a cup of chai tea in front of me. I have my headphones in, and I listen to rock music while I sip tea and just write. That, to me, is the perfect writing environment.

You may be surprised that my debut novel is self-published. You may be surprised to know that I did that on purpose. I’ve had every opportunity to pursue a publishing deal with a major publisher, but I chose early on to do it myself. I love the control that I have over the entire publishing process, from picking the type in my book (a typeface that was designed in 1938, the year Tommy Black is set!) to the cover art to deciding on releasing the next few books quickly, as opposed to waiting years. It is a challenge, but I do love the creative freedom and direct control of publishing myself.

Jake, thank you for spending six minutes with LitPick. We’re looking forward to your next book, Tommy Black and the Coat of Invincibility, due out soon, and have already set a reminder to pick up Tommy Black and the Staff of Light at a great price tomorrow! 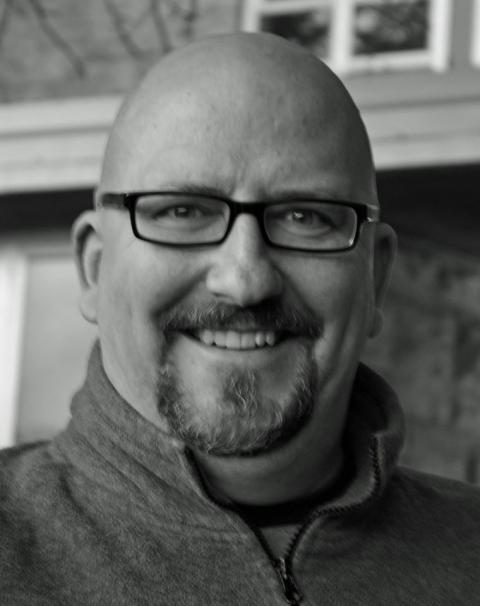