In The Cape Cod Witch Series J Bean Palmer calls upon her family’s long history in New England including a Revolutionary “Green Mountain Boy,” Cape Cod cranberry farmers and artists, and an oft-told family legend that as her grandmother’s ancestors stepped off the Mayflower, her grandfather’s relatives were there to greet them. With a degree in Environmental Science (summa cum laude, University of Maine), the author’s ElsBeth stories reflect a passion and respect for the natural world and its magical kinship. She is a member of the Society for Children’s Book Writers and Illustrators, the National League of American Pen Women and the Cape Cod Cultural Center, and a former board member of the Cape Cod Writers Center.

Like Chris, I began in grade school, but in high school ran into the dreaded grammar teacher and my mojo disappeared. Somehow I resurfaced in university only to be told by my professor that one couldn’t make any money writing. A single parent at the time with mounting bills to confront and a wild little boy to help grow up, writing went to the far, far back burner. But the urge couldn’t be entirely snuffed. I came upon an unusual stretch of free time and a safe audience when my granddaughter came into my life. For her first birthday I wrote her a story. I liked it, and others did, and I’ve rarely stopped wielding a pen since.

It is hard to be unaffected by William Shakespeare. Each phrase is so evocative, and I find it inspiring that writing touched by the gods lives in our hearts and minds generation after generation.

I’m in love with adventure that tackles the “Big Questions.” Huck Finn and Tom Sawyer, I’m with you every step.

Read. I’m tempted to make that the answer, but it isn’t really complete. I would advise any aspiring author to completely indulge in the joy of creating a work of their imagination to share with others as a gift. Many people will accept the gift and appreciate the writing. Some will not. Focus on sharing with those who do. As to the others, learn what you can from any positive feedback, but never lose sight of what you love in your work.

I like to write in either noisy coffee houses or completely quiet places. I have to be close to nature or lots of people, one or the other. Don’t ask me why.

There is no better reward for writing than seeing a young person’s shiny face as they read your work. Priceless!

Thank you very much for joining LitPick for six minutes with an author! It has been a pleasure interviewing you and your husband.

Q2. Can you give us your best one sentence pitch to convince readers, especially reluctant readers, why they should give this series a try?

This is quote from a review of the first ElsBeth book:

“The Cape Cod Witch and the Pirate’s Treasure got such rave reviews from my two nephews … I felt like I had to pass it on: What makes their recommendations so remarkable is that they’re sort of reluctant readers, and hey, anytime two boys jump up and down (literally) and implore me to read something, I listen -- my nephew said all of the kids in his third grade class love this book, bar none.” --Ali Decker, Ypulse Book Editor

Q3. Grab a copy of the latest Cape Cod Witch book, ElsBeth and the Call of the Castle Ghosties, and answer the following:

Favorite chapter?
“Beasties, Banshees, and Other Creatures of the Night”

The first page, “The Call”

“The Griffin and Black Roses of Malfleur Manor”

Flip to a random page and give us a 1-3 sentence teaser:
“ElsBeth was right behind Frankie when they stepped off the Sea Charmer -- and a sharp shriek again tore the still air. Frankie jumped straight up and came down in his most aggressive boxing stance. From fear to fierce in less than a second.”

Q4. What inspired your Cape Cod Witch Series? Were you influenced by any particular witch myths/lore, or pop cultural elements (other books/movies/shows)?

Oddly enough, Huckleberry Finn. I wanted to write an adventure story in the vein of the classics, and something for both boys and girls. But with magical elements that presented new realties and an environmental theme because of my passion and respect for the natural world and its magical kinship -- influenced, no doubt, by my education and degree in Environmental Science.

Q5. Can you tell us a bit about your heroine, ElsBeth? What makes her special or different from other middle-grade heroines?

Though ElsBeth’s skills are still developing, she has a clear calling to protect the natural world, using the best she knows of science and magic (not so very different from each other, after all).

Q6. How important are the settings in each book in the Cape Cod Witch Series?

Book I is set on the Cape, in and near her seaside home, and she and her friends have to face off against dangerous outsiders and a notorious pirate to restore the balance of past and present, good and evil.

In Book II ElsBeth and her friends go on a field trip to the Boston Freedom Trail. They get caught up with a freedom-fighting pirate ghost in the rescue attempt of a kidnaped student, and travel across the waters to Nantucket Island, in a real-life lesson in fighting for freedom and something bigger than themselves.

In Book III ElsBeth is called across the sea to the Scottish Highlands by three ancient ghosts of her clan when their ancestral lands are threatened. She has to begin in earnest her chosen calling to protect the natural world -- while unearthing in the country older, odder family mysteries than she could ever dream.

In other words, the settings are actually important characters, themselves, in the stories.

Q7. Throughout the three books, ElsBeth has obviously had some interesting adventures and met some intriguing people...do you have a favorite thing she’s done and/or favorite person she’s met?

Meeting ghosts, and finding they’re not so different from the rest of us -- they have problems, too, after all. Durst, the ancient warrior ghost in ElsBeth and the Call of the Castle Ghosties, is my current favorite. He’s a little difficult to get along with, but well worth getting to know.

Q8. Can you give us any tidbits about what’s to come for ElsBeth in future book?!

ElsBeth ventures to the Wild West and gets involved with some Native American spirits who are troubled by what's happened to their lands. ElsBeth is growing up even more, and she learns she can’t make things right all on her own, even if she is a witch.

I’m really embarrassed to admit that ___.

I fell down eight times cross-country skiing the other day. (Don’t tell my brother, a former captain of the Dartmouth ski team.)

Across the Nightingale Floor by Lian Hearn.

Q10. If you were to create and bake a cupcake inspired by your Cape Cod Witch Series, what would it look and taste like, and what would you call it?

Funny you should ask! It would be called Double-Double Chocolate Chip Fairy-Cream Cupcakes -- and we included the recipe at the end of Book II and also in The Little Cape Cod Witch: The Secret Recipes of Hannah Goodspell, a cookbook for young folks we published as part of the series (and which won First Prize in the Cookbook category in the 2012 New England Book Festival). It looks (and tastes) like a dark chocolate cupcake with swirls of vanilla frosting.

ElsBeth and the Pirate’s Treasure, Book I in The Cape Cod Witch Series and originally published in print copy as The Cape Cod Witch and the Pirate’s Treasure, was awarded Honorable Mention in the Pre-teen Literature Fiction category of the 2012 Global eBook Awards, and also received Honorable Mention in the Children’s Books category of the 2013 Paris Book Festival.

ElsBeth and the Pirate’s Adventure, Book II of the series and originally published as The Cape Cod Witch and the Legend of the Pirate, was awarded Honorable Mention in the Regional Literature category of the 2013 New England Book Festival, and also received Honorable Mention in the Genre-Based category of the 2013 London Book Festival.

ElsBeth and the Call of the Castle Ghosties, Book III the series, was awarded (pre-publication) Honorable Mention in the 2013 Midwest Book Festival in the Unpublished Manuscript category.

Additionally, The Little Cape Cod Witch Cookbook, The Secret Recipes of Hannah Goodspell, a children’s cookbook written for the series and available in print copy only at this time, won First Prize in the Cookbook category in the 2012 New England Book Festival. 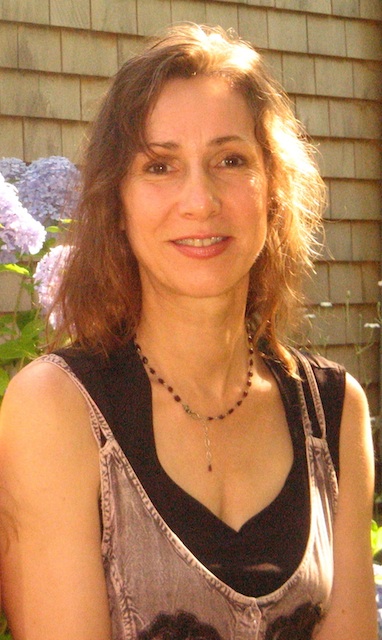