Heimdall Thunderhammer was born where the rocky tor meets the frigid shore. His home a rustic village sitting upon a cliff below an ever-stormy gray sky. And during the time of year when the frost clings to the roots of the trees, the northern lights can be seen glimmering off the far horizon. The small cottage in which Heimdall Thunderhammer was born sits on the far eastern edge of the village, mingled amongst the wharfs and jetties.

From the time that he figured out how to set a hook and trawl a net, he voyaged out to sea on his father's boat. While on the bounty, Heimdall learned to draw maps and to navigate using only sun stones by day and the placement of the stars by night. During the downtimes between catching fish and rigging the sails, his father and the other fishermen told him the tales of his ancestors and their gods. The moment Heimdall heard these stories and learned to read he knew that he would grow up to be a writer himself and weave such tales as he had heard on the swaying tides of his youth.

It was while out at sea that the inspiration for his writing struck. He spotted two mice on the bow of the ship, both seemingly oblivious to the existence of the human crew. The mice were perched on the gunwhale, their gaze focused on the far horizon, with a sparkle of adventure glimmering in their tiny eyes. Where had they come from? And what great journey awaited them?

When he asked those questions out loud, his father proceeded to tell Heimdall about the great beasts of the world, not only of the mice and other such forest critters, but of lions and dragons and similar beasts that Heimdall had never seen. And his father and the other fisherman told Heimdall of geomancy, the magic of such critters. Magic based on the six elements of nature. And so it was while pondering the adventures of those two mice and the hidden magic that they surely held that Heimdall realized his life's ambition;

Heimdall Thunderhammer has spent the past ten years writing and illustrating Magefable. He enjoys crafting tales and sharing them with those who also love magic, treasure, and great adventures. He appreciates the opportunity to interact with his fans, so if you ever have any questions or comments, do not be afraid to contact him. 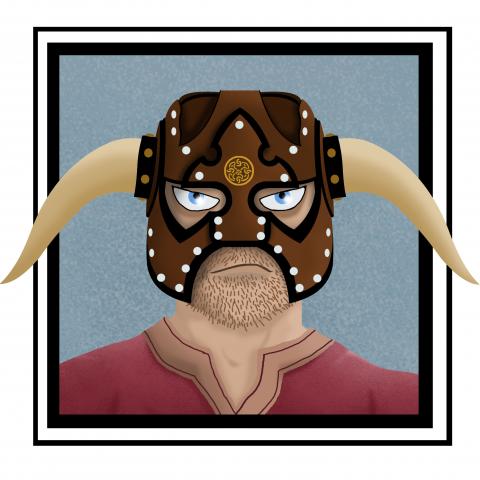