Halley Bondy is a Red Hook, Brooklyn-based writer. Halley was born to a journalist family. Her father is a sports columnist for the Daily News (and her brother is currently, too!) and her mother is a professor at the Columbia Journalism school. In this kind of environment, Halley developed an enormous passion for writing as a child.

Halley is also a singer/violinist/comedy performer and puts on original solo shows around New York. Her one-woman show “Sleep Tight Mick,” which followed the life of a cult victim, won the ONE Festival award in 2007 and had a run at the Manhattan Repertory Theatre. She has performed her other original shows at venues including The Tank, Don Pedro, and The PIT, where she studied solo show craft alongside Sakina Jaffrey, star of House of Cards.

Her play  “The Redheaded Man” won the FringeNYC Outstanding Playwright Award in 2008, the most prestigious playwright award for the largest festival in New York. She has many plays in the works at any given time.

She currently works as lead editor for Oxygen.com, the digital component of the NBC women’s network. She previously worked as editor at MTV World, where she developed a love of global music writing. She freelances for the music section of The Village Voice, and she also works as a freelance senior editor of STARK Magazine, an online arts and culture publication. In the past, she has worked as a freelancer for the NY Daily News and Flavorpill.

Halley is a major Red Hook advocate. As one of the most hard-hit neighborhoods during hurricane Sandy -- and home of the oldest low-income housing projects in the city -- residents of Red Hook still continue to suffer in its aftermath. Halley volunteered around-the-clock right after Sandy, and she continues to offer help to residents in need through the nonprofit Red Hook Initiative. She also volunteers occasionally for Mighty Mutts, an animal rescue and adoption agency in New York.

Halley was born in the Bronx, and raised in Montclair, New Jersey, where she graduated from Montclair High School. She graduated from Barnard College with a BA in Anthropology and a minor in Women’s Studies. She traveled extensively in college to Ecuador, Spain, and Mexico, and speaks  Spanish. She loves kids and dogs.

Today Halley Bondy joins LitPick for Six Minutes with an Author! Halley is a digital producer, editor, reporter, performer, and playwright. She is the author of Don't Sit on the Baby!: The Ultimate Guide to Sane, Skilled and Safe Babysitting, 77 Things You Absolutely Have to Do Before You Finish College and Speak Up!: A Guide to Having Your Say and Speaking Your Mind, which will be released October 6th.

I’ve written since I was a kid, and it was basically clear from the get-go that I had no choice but to pursue it (I wasn’t good at much else, you see!). I got started by interning at newspapers, then eventually reporting full-time. In the meantime I always wrote plays and developed side-projects to keep myself compulsively busy. It eventually resulted in a hodge-podge career, which now includes digital production and authoring books.

I would say that my parents influenced me. They are both journalists, and they built truly admirable careers out of writing. (Not that they were thrilled I wanted to be a writer too. Lord knows the family needs a doctor or a lawyer instead.)

I write comedy pieces and perform them throughout New York, and in them, I like to create larger-than-life, borderline grotesque people and inhabit them entirely. I believe this is what Confederacy of Dunces managed to do so brilliantly. Ignatius Reilly is probably the best character in all of literature. I aspire to write like that.

Do the work. You’re not going to get discovered in a grocery store. Only by working really, really hard can you make stuff happen. And even after you’ve made stuff happen, keep doing the work.

I have a new book, Speak Up, coming out October 6. It is a middle grade book that teaches young girls how to surmount incredible obstacles and speak their minds!

Halley, thank you for spending six minutes with LitPick! Your advice to “Do the work” is excellent! 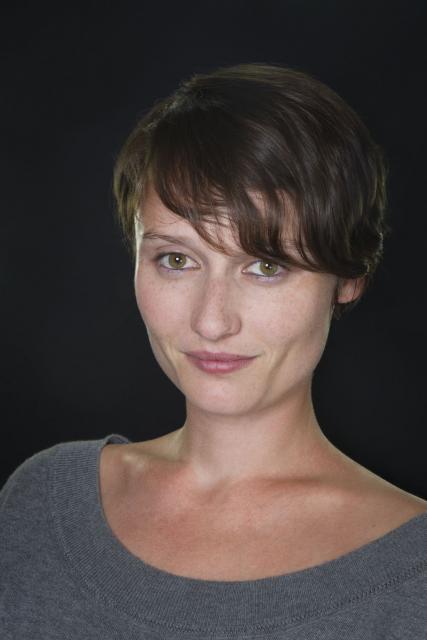