Gigi Amateau's first book for young adults, Claiming Georgia Tate, was published by Candlewick Press in 2005. The Wall Street Journal called the book "an ambitious push into the young adult market." She is also the author of A Certain Strain of Peculiar, a Bank Street College Best Children’s Book of the Year, Chancey of the Maury River, A William Allen White Masters list title for grades 3-5, and Macadoo of the Maury River. In 2012, Gigi received a Theresa Pollak Prize for Excellence in the Arts from Richmond magazine.

Come August, Come Freedom, her first work of historical fiction, was selected as a Bank Street College Best Children’s Book of the Year, a 2013 Jefferson Cup honor book, and the Library of Virginia’s 2013 People’s Choice Fiction Award.  She has two books for children forthcoming from Candlewick Press in 2015 – Two for Joy and Dante of the Maury River.

Gigi earned a Bachelor of Science degree in urban studies and planning from Virginia Commonwealth University (VCU) and has worked in the health and human services sector for more than twenty-five years. She lives with her family in the city of Richmond.

Joining LitPick today for an Extra Credit interview is Gigi Amateau! She is the author of many books, including Two for Joy, Come August, Come Freedom, Chancey of the Maury River, Macadoo of the Maury River, and Dante of the Maury River. Gigi loves reading about the Early Republic era in American history, riding horses in the mountains, gardening with native plants, birding, and watching VCU basketball (#letsgovcu).

I think a lot about the story before I begin writing, so I keep the story-world in my head, but I don’t outline first. Funny though, sometimes I will outline after I’ve written a couple of drafts. Outlining in the middle can help me really get into the heart of what the book is trying to say.

Oh, sure! Most often, it’s more that my characters have things in common with people that I know. In Claiming Georgia Tate, I wrote the character Granddaddy Tate a lot like my own granddaddy. I was writing that book shortly after he passed away, and there were parts of Granddaddy that I loved so much that I never want to forget. Same way with the character of Ayma in A Certain Strain of Peculiar. While she is not factually a replica of my grammy, Ayma is very much the essence of my grammy, who passed while I was writing the book. In Chancey of the Maury River, the main horse is an intentional mash-up of my late horse, Albert, and my dead-boyfriend, John Adams. So, yes!

I try not to believe in writer’s block, but I definitely sometimes find myself writing the wrong thing – meaning forcing myself to write one thing when I’d much rather be writing another. Walking my dog, hiking by the river, meditating, practicing yoga…all help me get out of my head if I’m having trouble staying with it.

One of my books? I’d probably choose Come August, Come Freedom so I could stand with Gabriel and Nan.

It’s a toss-up between Seabiscuit (Laura Hillenbrand) and The Color Purple (Alice Walker).

Lin-Manuel Miranda so we could talk about Alexander Hamilton and John Adams and that scoundrel James Callender.

Wild Card Question: You were a presenter at TEDx RVAWomen. We’d love to hear about that experience. How did you select your topic, what was it like to participate in the event, what would you like to tell us about it?

Thank you for asking about my TEDx talk! I'm so happy you enjoyed my talk! What an incredible experience. I knew I wanted to talk about the James River and also about writing, so somehow the two just worked together. There's so much support put in place for TEDx speakers that it makes the whole journey empowering and dynamic. I loved every minute. It was scary, too, because the organizers tell you to plan on giving the best performance of your life! So. That's a bit intimidating, and they back it up by providing coaches, consulting sessions, videotaping, dress rehearsal. (TEDx RVAWomen link:

Gigi, thank you for joining LitPick for an Extra Credit interview! We enjoyed hearing how you have incorporated your grandparents into your books. Thank you for telling us about your TEDx experience!

Today Gigi Amateau joins LitPick for Six Minutes with an Author! Gigi is the author of several books including Macadoo of the Maury River, Claiming Georgia Tate, and Come August, Come Freedom.

I wrote poems and stories when I was a little kid. Fifth grade was a big year because a short story of mine told from the perspective of a gym suit won an honorable mention in the county arts and science festival. I started college as a journalism major but quickly got overwhelmed by the science requirements, so I changed my major. After graduating, I applied to MFA school but didn't get in, so I totally quit writing for a while. When I had my daughter I realized that it's lame to give up on your dreams just because the road is hard.

My grammy and granddaddy influenced me, big time, while they were living and still do. Studying my granddaddy's sermons from 1936 is one way that I continue to learn from him. Honestly, everything influences me: my daughter, my horses, my husband, the river.  Judy Blume is a terrific and positive influence.  I'm really lucky that I live in a writing community full of brilliant writers who help each other. Richmond, VA is a wonderful, wonderful place to live because of the generosity of some amazing, writing women. And the influence of our river.

My favorite books are THE KNOWN WORLD BY EDWARD P. JONES, MIRABILIS by Susann Cokal, CLAY’S QUILT by Silas House, and BREATH AND BONES by Edwidge Danticat.

Practice, experiment, and never give up. Read everything.

In the mountains or by the river or at the ocean. My office is a pretty good place to write, too!

Writing has blessed me beyond awesome. My writing allowed me to work remotely from home while raising my daughter and to be more present to my family. I have travelled all over the country and met hundreds of students, teachers, librarians, and booksellers who are passionate about reading and writing. I've learned so much through the research and study required to get my stories right. I lead a rich life, and have writing to thank for it!

Gigi thank you so much for spending six minutes with LitPick and our readers! Don’t be surprised when a lot of budding writers move to Richmond, VA! 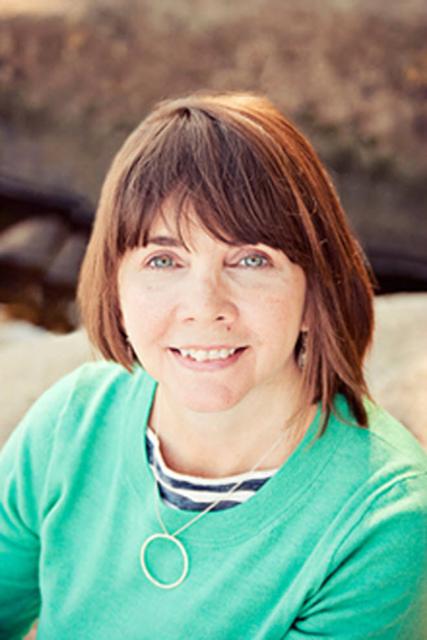