George Sirois has yearned to be a storyteller all his life, no matter the medium. That drive first led him to drawing his own characters while in grade school, and then - when his skills never advanced beyond the most primitive sketches - writing about them in various short stories and screenplays before moving on to novels such as “Excelsior” and the five-part serial “From Parts Unknown.” He is a regular contributor to Write Pack Radio (www.windingtrailsmedia.com) and was named President of the Missouri Writers Guild in May 2017.

After living in New York City and Richmond, Virginia, George, his wife, and their two dogs now happily call St. Louis, Missouri their home. In his spare time, George is an avid cinephile, a collector of film scores, and a lifelong fan of the New York Giants. He enjoys West Coast Swing dancing, and is currently pursuing work as a voice actor & audiobook narrator. 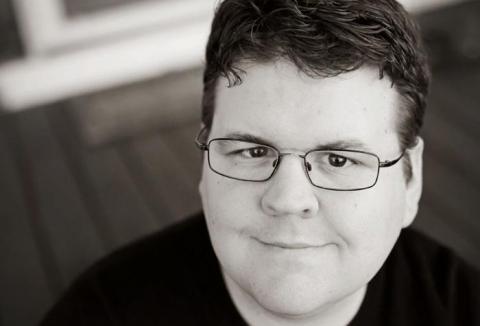