When he’s not writing, Geoffrey Saign can often be found looking for critters and magic in forests, lakes and rivers. He is the award-winning author of the fantasy series Sam Green and the WhipEye Great Ones. His first novel, WhipEye, garnered many awards.

Geoffrey Saign holds a degree in biology from St. Thomas University and is passionate about nature. He has assisted in field research on hummingbirds and humpback whales and sailed as far away as Australia. With more than twenty years of experience working in special education, he has taught adults and children everything from sailing to self-awareness and novel writing. He lives in St. Paul, Minnesota.

Check out Writer by Nature, an article featuring Geoffrey Saign.

The second author joining LitPick for “Extra Credit” is Geoffrey Saign! Geoff is the author of the Sam Green and the WhipEye Great Ones series. Book 1, WhipEye, is the Winner-2015, International Book Awards, Children’s Fiction, and Winner-2015, Outstanding Children’s Fiction Book, IAN Network. Geoff’s books cover both fiction and nonfiction, and he has a deep appreciation for our planet.

I’ve never worked off an outline for fiction, except for one book I haven’t written, and may never write. For nonfiction, I sometimes begin writing down chapter ideas, to get a feel if the book will work. For fiction I usually know the beginning scene in my head, and have an idea of the ending, and then I ‘fill in the blanks’ as I go. Somewhere around 1/3-1/2 through the first draft, I’ll list the rest of the chapters and a sentence or two to understand how to finish the book. Everyone is different in writing, and there is no right or wrong way to write. The best way to write is the way that works for you.

Yes. Me! Lol. Actually, good writing borrows from many characters, but especially the writer. In WhipEye, Sam is grieving the death of her mother, and the grieving part was something I could draw on from my own life. Her love of nature and wildlife is directly out of my love for the same. Even Magnar, the villain, has elements that I admire, in that he wants to save nature—another part of my life as an environmentalist. It’s hard not to have the writer in the story. But other character traits from people I’ve met show up. Jake moves his hands a lot when he’s excited, and I knew a woman who did that too. That’s fun, stealing traits from people and using them in a story.

I’ve been writing long enough now that I don’t get ‘writer’s block,’ per se, but I do get stuck sometimes on figuring out thematic elements, or character arcs. In the 3rd book in the Sam Green and the WhipEye Great Ones series, both of these elements are trickier for me to figure out. What I am doing to solve this is writing the first 5 chapters, and then having two people read them. They are both astute readers, and I think between their feedback to my questions, and my own questions to myself, I’ll figure it out. This summer I wrote the screenplay for WhipEye, a stress reduction book, a younger middle grade book, and began Drasine, the 3rd Sam Green and the WhipEye Great Ones book—so I’m kind of in the flow of writing now. It’s hard to have enough time to write!

Actually, I’d choose the world in Sam Green and the WhipEye Great Ones books, which is our world and a parallel universe. I really believe the greatest fantasy story and greatest fantasy characters are here, now, on our planet in terms of the beauty of nature and wildlife. I’m passionate that we need to preserve and take care of nature, which is so quickly disappearing because of the way we live. Today I walked in an old growth forest close to where I live. It was stunning and magical. What an incredible planet we live on!

Lord of the Rings. I read the books long ago, and they were tedious at times and the battles were offstage. The movies had better pacing and showed the battles, while maintaining the great character arcs and stories. To see that was a thrill. Also, the CGI we have now brings characters to life in a way that the original books took pages to describe. We see Tree Beard and orcs in a flash, and understand them. Peter Jackson did wonders for that series, and the movies for me were much better than the books. I believe the Hobbit movie series had a number of major flaws, partly due to the original story…but that’s another question.

This is the hardest question you’ve asked! I’m not sure. I think I’d be looking at nonfiction self-awareness authors like Eckhart Tolle, or someone really interesting like EO Wilson, a preeminent biologist. It’s not that authors of fiction are not interesting, but I’m not sure what I’d ask them. I know I could learn some things to make my writing better, but that sounds like a class. lol. Tolkien might be interesting, just to see if he can speak elvish.

You've revealed that you have a black belt in Kung fu! Do you still know a few moves?

Absolutely! I do several workouts a week on some of the movements and exercises to stay in shape and maintain balance. I also like challenging the body and my skills. I’m nowhere as skilled as I was when I was younger, but it’s still fun, so I do it. That’s a good recipe for life. If it’s fun (and doesn’t hurt anyone or the planet), do it.

Geoff, thank you for your visit with LitPick! Congratulations on the release of Gorgon, the second book in the Sam Green and the WhipEye Great Ones series and your awards on Book 1: WhipEye!

I began writing in high school, an 85 page hand-written story that I wish I would have kept. I can’t remember what it was about, but I’ve always loved stories. In a creative writing class in high school, my teacher, Mrs. Stifter, said she was going to read a student’s writing sample. She began by saying, “A writer like this only comes around once in seventeen years.” I was shocked when she read my piece. I’ll never forget her words or how that made me believe I could be a writer. Of course, I feel everyone has at least one good story they could tell.

After Mrs. Stifter, it would have to be Mom. I was reading all her thrillers, like The Bourne Conspiracy, when I was in high school, and my writing does gravitate toward that kind of pacing and excitement. I also loved fantasy; Tolkein, Stephen Donaldson, Garth Nix, Phillip Pullman, and many others. Mom still reads all my writing, and she has a great sense of pacing and story.

Fantasy seems to be my niche. I love middle grade and young adult characters. These stories seem less jaded, and the characters fresher and still exploring life. As far as one book, subject, or character, that’s too tough to choose. Sabriel, The Golden Compass, Hobbit, The Hunger Games, Fablehaven, Percy Jackson, and many others have all been great reads.

Write and read as much as you can. Read in many areas, but especially know the genre you’re writing for. I live by dreams, love/passion, and intuition. Write about your dreams and what excites you. Follow your heart. You should love your characters, your story, and be passionate about all of it. Don’t try to follow trends or copy someone else. Your ideas and your vision are unique. Share that. You need to find quality readers for your writing, but when you’re starting out, join a writing group or take classes at a local literary center. Over time you’ll find out what works for you. Some people love the group process, and some find it slow and tedious and would rather have a stable of readers they go to. I have two great story and grammar professional editors, and I use a few general readers to help me with the rest. Trust your intuition. The goal is to be your own best critic. A niggling doubt about a plot point or character or dialogue is something you have to pay attention to. You obviously have to know writing and story fundamentals, but always write what you love to read and write. Most of all, have fun. I am excited to write daily, and it’s never a chore. When I was beginning, that wasn’t always the case, because there was so much to learn. That’s where help from others can ease any struggles and give you a boost. If I get stuck now, I ask my readers, professional and general, for help.

At home. Some writers do it in coffee shops, but I get too distracted with a lot of commotion and want to focus.

I’m excited to have young readers see and critique my book! Honestly, I’m always nervous about what any reader might say, but the truth is that I’ve done my best, worked as hard as I could, and am satisfied with the fun and enjoyment I had doing it. As a writer you’re always learning, and hopefully always improving. I know that every written story can be better, but at some point you have to say, “It’s not perfect, but it’s good enough,” and hope that your intended readers agree with you. 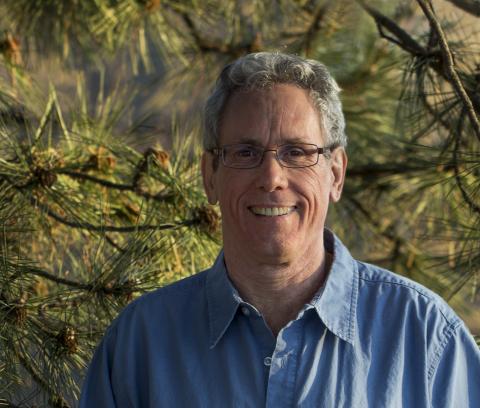