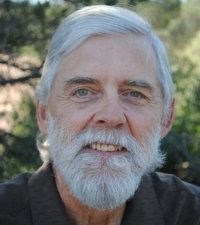 From Amazon.com
Early on in his writing career, Gene realized that he was the sort of person so aptly described in an essay by E.B. White ("Some Remarks on Humor") for whom there is a constant "danger of coming to a point where something cracks within himself or within the paragraph under construction--cracks and turns into a snicker." Dealing with this "uninvited snicker" has been the story of his life.

Thus, when he wrote and sold his first story to Highlights for Children, he started out innocently enough, wishing only to convey some basic scientific information about glaciers in a story that would be fun to read. The result was "The Glacier That Almost Ate Main Street" (published in 1987), which describes a glacier that started in a refrigerator and earned him a Highlights Author of the Month award. Two of his subsequent stories published by Highlights were, if anything, even wackier--"The Day the Books Leaked" (1990) and "The Worst Day in the World" (1991).

Indeed, Gene tends to see the absurd in every situation. That might explain why his favorite quote by Albert Camus now hangs over his writing desk: "The absurd is the essential concept and the first truth."

Some of his other stories include "The Man Who Stayed Inside," published in 2003 by the Weekly Reader magazine READ (which was later selected for use in the California High School Exit Exam) and "I Can Fight you on Thursday," published by Heinemann in an anthology entitled In Short: How to Teach the Young Adult Short Story. His flash fiction story, "Lust and Dust in the Afternoon" (about a man who lusts after his robot vacuum cleaner) was published by Fast Forward Press.

Gene 's first novel, "The Family That Wasn't," was written in 1990 when he lived in Providence, RI. Influenced by some of James Thurber's stories about wacky family members, Gene was inspired to invent for his novel a family so impossibly crazy that the teenage main character cannot stand living with them another moment. More information about the book can be found at the author's Web site (http://www.thefamilythatwasnt.com).