I grew up in Washington, D.C. in an old brick row house that was always filled with music. My dad, a human rights activist and concert pianist, used to play at all hours. My brothers and I would throw shoes down the stairs when we wanted to go to sleep. Our mom was a best-selling novelist.

I’ve been writing off and on since elementary school. (I still remember  a short story I wrote in fourth grade that began: “Drip, drip, drip the faucet was leaking again. Or was it the rain?”)

My fiction has been recognized by the Reynolds Price competition, Glimmertrain, and the Virginia Commission on the Arts. My essays have appeared in print and on public radio. I’m working on a collection of linked short stories.

My husband has been my boyfriend since I was 18. We have three children, two sons-in-law and many siblings, nieces and nephews. When we all get together we turn touch football, card games and ping-pong into blood sports.

Today, Erika Raskin joins LitPick for Six Minutes with an Author! She has written short stories, essays and articles. Her debut novel, Close, was just released.

Both of my parents were writers. My mom wrote novels and articles and my dad wrote books on politics. Writing was just what one did.

When I was little I read Harriet the Spy and From the Mixed-up Files of Mrs. Basil E. Frankweiler. Both of those novels influenced my writing. The first because it taught me that my nosiness could be put to acceptable use. And the second because it showed how kids felt inside of families.

I love writing and reading about people. I try to understand them, the decisions they’ve made, why they hang out with the friends they do, the television shows they watch. If I’m writing a character who likes order in all aspects of his life – except his bureau drawers are so cluttered they get stuck, I want to know about the inconsistency. (Does he actually fight the urge to hoard? Or is it a wonderful daily reminder of a long-lost girlfriend, who was as messy as he was neat?)

a. Eavesdrop (nonchalantly). When you listen to other people’s conversations notice how they use shorthand. Dialogue in fiction can reveal so much – but it has to do it subtly, otherwise it’s clunky. Unless your character is describing someone to his friend for the first time, a conversation is not the place to introduce information that is probably already known. Also, watch body language when you are (casually) doing your research. Is the listener smiling but squeezing her hands together so tightly her fingers look like boiled shrimp? Details like this are telling and an excellent way to impart critical info. Which brings me to b.

b. Convey information slickly. “Show -- don’t tell” is really great writers’ workshop advice. For instance, instead of just describing someone as ‘mean’ illustrate it:

Mrs. Pim saw the mutt lying in the sun and crossed the street to step on its tail.

c. Use great stand-alone verbs. Adverbs are okay… but less is more to describe action.

He ran quickly into the kitchen.

He flew into the kitchen.

d. Create a Treasure Hunt file for things that haven’t quite worked in any of your current pieces. If you’ve hit upon something you like in a story, or an email you’ve written, cut and paste it into the T.H. file for later use. In other words, don’t just delete! The Treasure Hunt file is like a closet full of accessories just waiting for their chance.

e. Write all the time. You never know when you’ll come up with a gem. Journals. Letters. Random thoughts.

I sit at my kitchen table next to a big window. We live in the mountains, so it’s like working in a tree house. Without bugs.

Anything can be written about it in a way that is lively and interesting. I once read a user’s manual for a computer program (something I usually enjoy picking up as much as a case of poison ivy) that made me laugh out loud.

Erika, thank you for spending six minutes with LitPick! Congratulations on the release of your first novel! 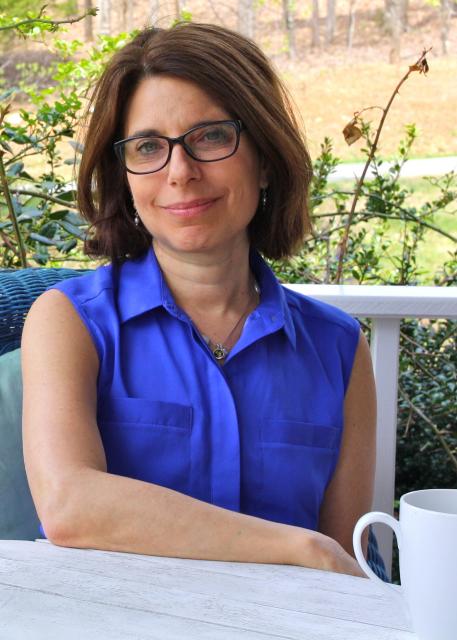