I grew up in Washington, D.C. the daughter of a novelist and human rights activist. We lived in an old brick row house that was a hub of the anti-war and women’s movement. There was an endless soundtrack of Motown, classical music and politics.

I’ve been writing off and on since elementary school. (I still remember  a short story I wrote in fourth grade that began: “Drip, drip, drip the faucet was leaking again. Or was it the rain?”)

My fiction has been recognized by the Reynolds Price competition, Glimmertrain, and the Virginia Commission on the Arts. My essays have appeared in print and on public radio. I’m working on a collection of linked short stories.

My husband has been my boyfriend since I was 18. We have three children, two sons-in-law and many siblings, nieces and nephews. When we all get together we turn touch football, card games and ping-pong into blood sports. 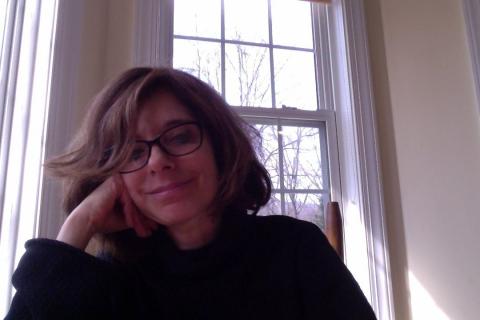