D.K. Reed is intrigued with the supernatural world, especially angels. She also studies the natural world both as a hiker and scientist and makes the science fiction in her novels plausible and logical. She has taught students from middle school to college and is an award-winning technical writer/editor with a doctorate in biology. Reed spent her childhood on a farm in the Smoky Mountains and now lives in Maryland with her husband, two daughters, dog and cat. She is excited to share her new debut trilogy, The Stones of Bothynus.

Joining LitPick for an Extra Credit Interview is D.K. Reed, author of The Stones of Bothynus trilogy. She has a doctorate in biology, and she loves to hike. Her passions for science and nature show up in her writing. One of her favorite places to hike is along the Potomac River, which is also the setting of Snap to Grid.

I like to use all the tools. Often new ideas come to me while I’m hiking, driving or gazing out the window of a bus, train or plane; part of Snap To Grid was imagined while riding on a gondola in the Rockies and parts while driving and hiking along the Potomac River. But then all the ideas have to be organized into a good sound novel format, or the flow would be all wrong and readers would be disappointed. There are some good resources out there to help writers structure a good novel—I use a spreadsheet to keep track of all the details and make sure the pace is on track and events don’t have continuity errors.

The short answer is that no character is based on a real person—they all came from my head. That being said, characteristics of people in real life or other works definitely inspire the characters in my books. The Red Sonja reference, for example, came about because I love strong females, and I borrowed her image from the comics. And though the characters of Red and Annie are purely fiction, I did often ask myself how the teens in my life would likely act in a given circumstance, and I think that process helped them to be realistic.

That’s easy; I go outdoors or gaze out a window. I often think of the much quoted lines from Anne Frank’s diary about going outside and looking at the sky. Even in her horrific situation during the holocaust, she found something uplifting there. I do too.

That’s a tough question because there are so many rich book-worlds available to experience. If I feel bored, I like to go into the mind of a clever detective, like those created by Martha Grimes, Sue Grafton, Mary Stewart, or even Agatha Christie or Sir Arthur Conan Doyle. If I feel nostalgic for the world of yester-year (I get that way around the holidays), I love to curl up with anything written by Jane Austen, Bronte sisters, Dickens or Hardy. But if I could pick a world to remain in always, it would be something from C.S. Lewis’ writings, either Narnia or Perelandra.

I’d have to say The Lord of the Rings. Though it wasn’t perfectly accurate in every detail, it captured the flavor. I loved the acting and cinematography. I especially loved the hobbits and elves. To be totally subjective, though, I think the Brothers Hildebrandt painted orcs more accurately.

It would have to be one of the Inklings, probably C.S. Lewis, although J.R.R. Tolkien and Charles Williams are also favorites. I really love the rich fantasies written in that era. I think they saw so much of ugliness during the wars that it made their fantasies more important and the battles between good and evil more urgent. To have lunch with the Inkling at The Eagle and Child (the Oxford pub where they used to meet), or any one of these brilliant writers, would be a dream come true for me!

Thank you so much for stopping by to share about what has inspired you.

Joining LitPick today for a Six Minutes with an Author interview is D.K. Reed! Snap To Grid: Book One of The Stones of Bothynus Trilogy is D.K. Reed’s debut young adult science fiction/fantasy romance novel. D.K. has a doctorate in biology and has taught students from middle grade to college. She enjoys hiking along the Potomac River and spending time with her two dogs, two cats, two daughters, and one husband.

I was already a successful biologist, and I guess you could say I approached it systematically the way I’d approach any problem in science. I gathered information (observation is the first step in the scientific method) on what kinds of books young adults are reading today and the steps to getting published. Since some of the characters had been in my head for a long time, I organized my ideas according to the recommended novel structure and then the fun began.

Probably C.S. Lewis was the greatest influence for the fantasy part. He is my favorite author, and in at least two instances he suggested that he wanted to see more new writers write fiction that openly treats the supernatural as reality. He inspired me to add a supernatural dimension to The Stones of Bothynus. As for the supernatural romance, I’d have to say that Stephanie Meyer was a huge influence. I also love Anya Seton’s romances and am a serious Jane Austin and Bronte sisters fan.

If you mean in my new book, I would have to say Red and Annie—I love strong female characters. I also love Moon, the crow, as you can see by the cover design of the book. One of my favorite themes in life is to explore the potential for communicating with animals by trying to observe and listen to their communications. And I have had amazing flying dreams all my life and so birds are one of my favorite kinds of animals.

Allow yourself some time each week to do what you love, even if you can’t do it full time. Then develop a plan for eventually being able to do it full-time.

My favorite place to write is my desk at home because it overlooks a birdfeeder backed by a path into a forest. This sets the mood for a lot of my outdoor scenes, and I suppose that’s part of the reason birds keep popping up in my stories. As far as exotic places though, I’d have to say the most fun one was the time I took a gondola up the mountain in Keystone, Colorado, and wrote the gondola scene in Snap To Grid on my laptop sitting in the mountaintop restaurant overlooking an amazing vista.

I am a biologist, as well as a fiction writer, and try to make the science fiction in my novels plausible. I love to create mystical realities that can also be explained if one could only know the deep science. People have asked me if the action of the stones is based on real physics, and I’d like to say it’s all real, but the actual molecular transforming action is made up—or at least hasn’t been discovered yet. A lot of the science behind the theory of how they work is certainly real, though. Quarks are real, and science now knows that matter can act like a wave as well as a particle. So, since matter and energy are no longer thought to be distinct, it was really fun to ask “what if?” The story took off from there.
_______________

D.K., thank you for spending six minutes with LitPick! We have enjoyed getting to know you.SIX MINUTES WITH D.K. REED: 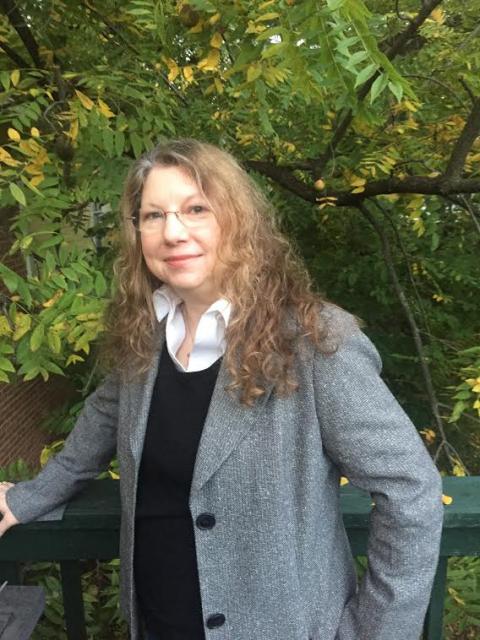