Dawn Brotherton is an award-winning author and featured speaker at writing and publishing seminars. When it comes to exceptional writing, Dawn draws on her experience as a retired colonel in the US Air Force as well as a softball coach. Her books include the Jackie Austin Mysteries and the Global Ebook Bronze Award Winner, Untimely Love. She is a contributing author to the non-fiction A-10s over Kosovo, sharing stories from her deployment. She has also written the Lady Tigers Series about girls’ fastpitch softball, encouraging young, female athletes to reach for the stars in the game they love. Dawn has even created her own scorebook and YouTube video to teach others how to keep score during a game.

Joining LitPick for Six Minutes with an Author today is Dawn Brotherton. This is also our interview with a U.S. Air Force Missile Launch Officer, an Air Force Colonel, and a Girl Scout leader, as all those also describe Dawn! The author of several books for adults, Dawn has drawn upon her experience as a fast-pitch player and coach to write her first book for younger readers, Trish’s Team, Volume 1 in the Lady Tigers series.

I’ve always loved to read and write short stories, but what really got me serious about it was having a real story to write. My first book, The Obsession, is based on things that happened to me when I was a missile launch officer for the Air Force--I had a stalker. When I would tell my friends about it, they would insist that I write it down. It took me many years, but I finally did. Then I realized that, while interesting, it wasn’t exciting enough to be a book, so I had to add a few murders. Hence the Jackie Austin Mystery Series was born. It was initially published in 2010, but it’s under re-write at this time. I’ve learned so many things over the years that I wanted to go back and make it better.

Who hasn’t? I try to take lessons from everyone I meet. But my latest youth fiction book, Trish’s Team, is the first in a ten-part series about a girls’ fast-pitch softball team. When I was in elementary school, I devoured everything Matt Christopher wrote. I loved his sports stories, but they were all about boys. I played sports growing up and now my daughters do as well. I thought it was time to give girls the center stage in a sports series.

One of my many favorite books is Ayn Rand’s Atlas Shrugged. I love to think outside the box. People that “have always done it this way” drive me crazy. I love how Rand makes the reader think about how things can be better, and she also attacks over-regulation. It’s interesting to think about where the world can go if we aren’t careful. There are many more lessons to learn than that, but you’ll have to read it for yourself.

Join a writers’ group. I was invited to join a group years after I started writing, and I wish I had known about them sooner. The women in my group give me fantastic feedback and have helped me grow as a writer. They point out things I miss because I’m too close to the storyline. It has been a great experience.

My back deck on a beautiful day. Although I can write anywhere, most anytime that I can squeeze in a few hours, I prefer to be outside.

I’m in the Air Force, so most of my writing has been whenever I can squeeze it in between work, travel, and my family. I’m retiring in October and plan to do nothing but focus on my writing. I have so many ideas that I want to get on paper. The second Lady Tigers’ book, Margie Makes a Difference, will be coming out around Christmas.

Dawn, thank you for spending six minutes with LitPick! We love how you saw the need for a sports series with girls in the starring roles and created it! That’s awesome! Thank you very much for your service to the United States! 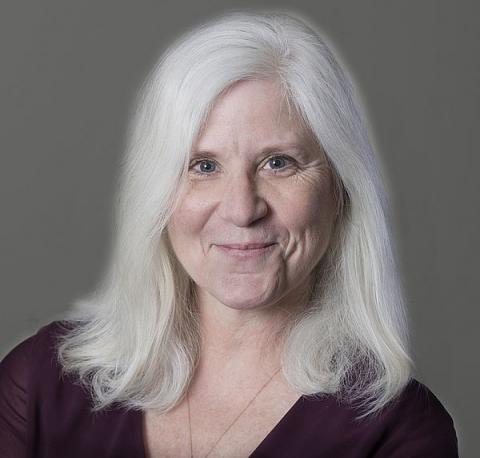