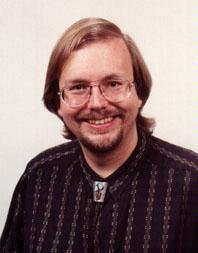 From Amazon.com
David Lee Summers is an author, editor and astronomer living somewhere between the western and final frontiers in Southern New Mexico. His other novels are The Pirates of Sufiro, Children of the Old Stars, Heirs of the New Earth and Vampires of the Scarlet Order. His short stories and poems have appeared in such magazines as Realms of Fantasy, Cemetery Dance, Star*Line, The Martian Wave, and The Santa Clara Review. David is also the founding editor of Tales of the Talisman Magazine. When he’s not writing, David is paving the way for ships like the Aristarchus, by operating telescopes at Kitt Peak National Observatory in Arizona. Learn more about David and his writing at www.davidleesummers.com.