David Hailwood
David Hailwood used to write whilst hanging upside-down by his legs from a tree. Now that he's an adult, he's apparently not allowed to do that sort of thing anymore, so instead he sits at home in his office, cackling manically at his computer (occasionally he remembers to switch it on).
​
With over 20 years experience of working in the UK comics market, his brain-matter has leaked onto the pages of numerous comic anthologies, including Egmont's Toxic, Futurequake, and 100% Biodegradable (which he also edits).
He's had comedy material broadcast on ITV and E4, been shortlisted for several BBC sitcom competitions, and his debut children's novel, "The Last Of The Navel Navigators," was awarded a Distinction as part of his Creative Writing MA at Chichester University. 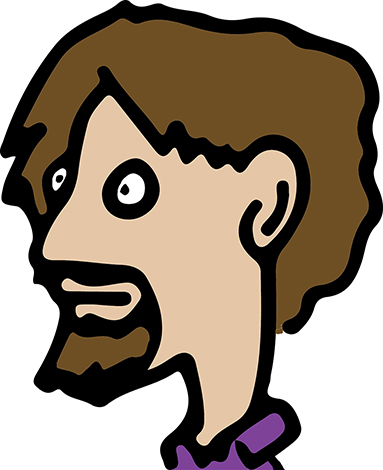