Chelsea M. Campbell grew up in the Pacific Northwest, where it rains a lot. And then rains some more. She finished her first novel when she was twelve, sent it out, and promptly got rejected. Since then, she's written many more novels, earned a degree in Latin and Ancient Greek, become an obsessive knitter and fiber artist, and started a collection of glass grapes. Besides writing, studying ancient languages, and collecting useless objects, Chelsea is a pop-culture fangirl at heart and can often be found rewatching episodes of Buffy the Vampire Slayer, Parks and Recreation, or dying a lot in Dark Souls.

Chelsea M. Campbell is always trying new things, which is why she wears a lot of hats. It’s definitely not to disguise herself because she’s secretly a cryptid. Besides writing this book, she’s also the author of the Renegade X series for teens and creator of The Weaver of Stories video game. For more information—and to try and see what she looks like without a hat—you can visit her online at www.chelseamcampbell.com.

The Rise of Renegade X

The Trials of Renegade X

The Betrayal of Renegade X (forthcoming)

Hello, LitPickers! On today’s Extra Credit, we’re excited to chat with children’s and YA author Chelsea Campbell. Chelsea finished her first novel when she was twelve, sent it out, and promptly got rejected. Since then, she’s written many more novels, earned a degree in Latin and Ancient Greek, become an obsessive knitter and fiber artist, and started a collection of glass grapes. Besides writing, studying ancient languages, and collecting useless objects, Chelsea is a pop-culture fangirl at heart and can often be found re-watching episodes of Buffy the Vampire Slayer, dying a lot in Dark Souls, or spending way too much time on Twitter and Facebook.

Both. I don't get very far if I don't have at least some sort of outline before I start writing--usually I try to plan out the first two acts and have a vague feel for the ending--but as I'm writing, more ideas work their way into the story and become important details and subplots. I also change my outline as I go along and as I see how the story builds.

Usually if I get writer's block, it means I took a wrong turn with the story somewhere and need to backtrack. The wrong turn could be a character's actions not feeling genuine, or not moving the plot in the right direction. More recently, though, I've found that I get "writer's block" when I really like a scene but am afraid others will think it's stupid, and then I try and backtrack and rewrite, only to later discover that the original scene was right all along. I don't know if this is writer's block so much as just self-doubt, but it makes it hard for me to go on, since I get caught up in waffling over what happens. 99% of the time, the answer is to keep that scene in and move forward, but it's easier said than done.

Harry Potter! Or maybe Percy Jackson. Something contemporary, but with magic.

You say on your website that you finished your first novel when you were twelve, sent it out, and promptly got rejected. Obviously, it didn’t discourage you from trying again. What advice do you have for aspiring authors who receive their first rejection letter?

Keep writing. Write for yourself, or for someone you care about, and no one else, and keep submitting. Write stories and characters you love--enjoy the work, and don't let anything take that from you. Rejection always sucks, and it feels like a big deal at the time, because you want someone to say yes so badly. But in the long run, rejections don't mean anything. I look back now, and only a few rejections stick out. What I remember most is all the fun I had working on books that I loved, even if they weren't very good.

Thanks for spending extra time with us, Chelsea! We’ll come along to Harry Potter’s world. :)

Today Chelsea Campbell joins LitPick for Six Minutes with an Author! Chelsea is the author of The Rise of Renegade X, The Trials of Renegade X, Harper Madigan: Junior High, Private Eye, Growing Up Dead and Starlight!

I've wanted to write for as long as I can remember. I loved stories and was always thinking about them. Then I started writing novels in junior high, and in high school I got really serious about it. I wrote obsessively every day after school and on weekends. In college, I tried desperately to get published, though I didn't sell my first published book, The Rise of Renegade X, until years later, when I was 28

In high school, my influences were the comedies I watched, like Monty Python's Flying Circus and News Radio. I love smart comedy that involved absurd situations, so that's what I wrote.

I love writing about modern worlds, like ours, but with a slight twist, like people having superpowers, or paranormal creatures being real. I like bad boys who are secretly good, and characters who can't help getting themselves into lots of messes.

Keep going! When you tell people you want to write, a lot of them will flat out discourage you. Others will blink and immediately change the subject, like they can't even process what you just said. Ignore them. Don't stop writing. Avoid creative writing classes/degrees, but do study what makes stories tick, which usually means reading screenwriting books more than novel-writing books. Recommended reads: Save the Cat! (and sequels) by Blake Snyder, and Writing the Breakout Novel (and the workbook) by Donald Maass. These books changed my life and my writing, and my Save the Cat! books are always on hand.

My couch! With everything really quiet, but not so quiet that you want to take a nap.

Write for yourself. Write to entertain one person, whether it's you or a friend, and you will entertain many.

Chelsea, thank you for spending six minutes with LitPick! We are looking forward to the release of Renegade X 3, The Betrayal of Renegade X! 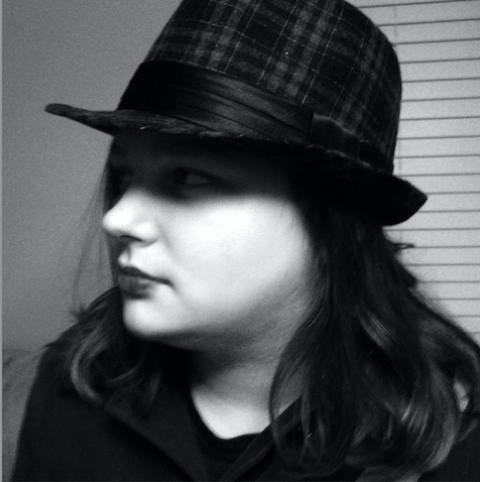