Cara Bertrand is a former middle school literacy teacher. She grew up in East Aurora, N.Y. and studied at Boston University where she was a lucky recipient of the Presidential Scholarship to the School of Education. Her first novel and the first book in the Sententia series, “Lost in Thought,” was a finalist for the 2011 Amazon/Penguin Breakthrough Novel Award. She lives in Sturbridge, Mass., with her husband, her daughter, two big dogs and a hurricane cat.

I won’t say it was by accident, but I never planned to be a writer. I have been a reader all my life, and had this notion when I was young that being an author must be great, but I never actually wrote anything until recently. 2010 to be precise. One day, after I finished telling him all about the latest thing I was reading, my husband said to me, “I’m surprised you never wrote a book.” Not long later, I did. Then I did it again, and again, and again.

Oh, gosh. Everyone I’ve ever met, book I’ve read, or thing I’ve done? Pretty much. Maybe that sounds silly, but I think *everything* is an influence. How could it not be, right? What you’ve read and seen and experienced shapes the writer you are on a particular day. In terms of literary influences, one of the reasons I never really wrote anything when I was younger is because I had no idea what I’d write—there was literally no space in the market where I felt like I could fit/wanted to have a voice. Then, while I was in grad school, what is now modern YA basically happened. So, in particular, I have to thank the seminar that “forced” me to (finally) read Harry Potter, and then Margaret Mahy, and His Dark Materials, among others. And then the lark of a day in the Phoenix airport when I picked up Twilight right before a flight and haven’t stopped reading YA since.

It’s no secret I’m a sucker for private boarding school settings. They are such interesting microcosms, or worlds-within-worlds. My favorite ‘all-time’ books are The Killer Angels and The Hunt for Red October. My favorite recent reads are probably The Storied Life of AJ Fikry, Blue Lily, Lily Blue, and The Burning Sky.

Easy: Read, Write, Repeat. Read, widely and often. When you’re done with that, write. And don’t forget time for daydreaming and everything else that enriches the senses—art, music, food, laughter, and so on.

The assistants and I would like to say THANK YOU for hosting us, and to remind everyone to make time for daydreaming and magic. :)

Thank you so much, Cara, for spending six minutes with LitPick! Congratulations on becoming a mom! 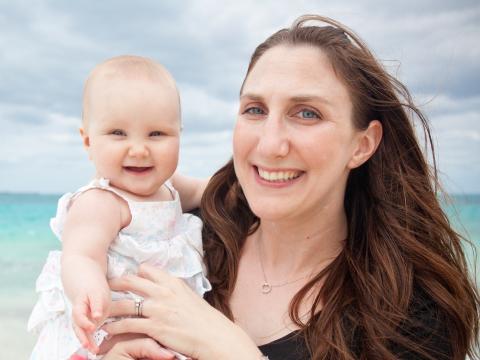