Brian Meehl
Brian Meehl, ex-Muppeteer and 3-time Emmy winner for writing children’s television, is thrilled to be immersed in his first great love, books. He has written four novels for young readers: Out of Patience, Suck It Up, Suck It Up and Die, and You Don’t Know About Me, which won a Blue Ribbon from the Bulletin for the Center of Children’s Books. He has just released his first adult novel, Pastime. For the full menu on Meehl, check out his author website, brianmeehl.com or email Brian at brian@brianmeehl.com.

Joining LitPick for an Extra Credit Interview is Brian Meehl, author of books including Blowback ’07, Suck It Up, and Suck It Up and Die. He has an extensive resume that includes Sesame Street and The Magic School Bus.

I am very much a solid-outline writer. The main reason for this is that it’s too easy for me to get carried away with dialogue and characters talking to each other. If I don’t have a full treatment or chapter outline, I can waste a lot of time constructing character conversations that, in the end, were just so much hot air. By sticking with the beat-by-beat story progression without dialogue it also keeps me motivated and excited to get to the drafting phase of letting my characters finally open their mouths and run with the story. Which is not to say that ideas and discoveries that may alter the “map” don’t come along. The element of a surprise discovery is always welcome.

Sure. The main character in my first book, Out of Patience, is very much like me as a boy growing up in the Midwest. Building characters in a story is like being a painter with a pallet with all sorts of blobs of colored paint on the pallet. You take a little of this from this person and a little bit to that from that person, and you begin to paint a portrait. To stick with the art metaphor, fictional characters are often a collage of people you know quite well and people you may barely know. One thing I find helpful is to start with a character’s physicality. Morning McCobb, in my Suck It Up books, began in my mind when I modeled him off a gangly and awkward boy I knew from my kids’ friends.

Because I wrote so much television with tight deadlines, I’m not sure I’ve ever suffered from writer’s block. In fact, I don’t really believe in it. Being scared of a blank piece of paper or blank computer screen is like being scared of a blank screen in your mind. There’s ALWAYS something going on in your mind - unless, of course, you’re an expert meditator and can totally think of nothing - which is to say, when you think you’re having writer’s block just focus on what’s in your mind’s eye. If you can daydream, which is basically what writers do, you will never have to worry about writer’s block. Now a “writers’ block party,” that’s something else.

Give me the adventure of the high seas in Moby Dick, or the fantastic wilds of nature in Swiss Family Robinson, or the even more fantastic world of Phillip Pullman’s Dark Materials series.

Don’t have one off the top of my head, but related to the subject, I’m thinking of William Goldman’s line when someone said about a film adapted from one of his books, “Can you believe what they did to your book?” to which Goldman replied, “They didn’t do anything to my book. It’s right there on the shelf.” Movie “adaptations” are more like a jazz riff off a melody; some are more successful than others, but the melody lives on.

Mark Twain. He was such an entertainer and raconteur that lunch would stretch right into dinner.

***Wild Card Question: Before becoming an author, you were part of the Sesame Street cast and wrote for The Magic School Bus. What is one of your favorite memories from this time of your life?

One of the greatest joys of being a puppeteer is that having another character on your arm, with a different voice than your own, gives you a license to say things you yourself might not say (and you can always blame the puppet). While sometimes puppeteers will improvise when the camera is rolling, it was the improvisation and spontaneous byplay that puppet characters engaged in when the camera wasn’t rolling that was often hilariously fun. Sometimes it got a bit crude. So much so that when there were young kids visiting the set and we had to tell our puppet characters to mind their mouths, we would announce that “the sky is blue.” It was code for keep it clean. So, yes, one of my favorite memories was puppet trash talk.

Brian, thanks for joining us for another interview. It’s great to get to know you even more. Your thoughts on writer’s block will be very helpful if people struggle with what to write about. Thanks for sharing that little secret about the world of puppeteers.

Joining LitPick today for Six Minutes with an Author is Brian Meehl. Before jumping into the world of novel writing, Brian was on Sesame Street and was a writer for a few kids’ shows, including The Magic School Bus.

Be sure to check out Blowback ’07 on LitPick’s YouTube video book review channel (https://www.youtube.com/watch?v=59NtcsJq3Hw).

The first pieces I wrote were monologues and two-handers that were basically sketch comedy. Performing – as an actor for several years and as a puppeteer with Muppets – kept me away from writing until the hurry-up-and-wait of being in TV and film studios drove me to writing. In the process, I discovered a big difference between acting and writing. In acting, you usually get to play one character. In writing, you get to play them all!

From there I rode a writing train that took me through screenplays to lots of children’s television to finally writing young adult novels.

Okay, parents aside. In high school English classes, for his imagination and sheer flights of fancy, Mark Twain certainly warped my imagination. For structure – and the dance between fact and fiction - Herman Melville’s Moby Dick had a profound affect. I was blown away by the way he dovetailed chapters of riveting narrative with chapters detailing the how, what and why of whaling. Both of these writers planted the seeds of wanting to entertain and inform.

Native American stories and characters have always had a grip on me. Having grown up in the Midwest, I often find myself going back there in my work.

Observe, observe, and pay attention to detail. What you remember of sights, sounds, smells, tastes and touches will come back to inhabitant, haunt and inspire your writing. Writing can’t start until you hold a feeling or image in your mind. Holding a feeling or image in your mind can’t begin until you’ve experienced the kaleidoscope of life. But never think you’re too young or too inexperienced to write. The observable kaleidoscope begins the day you’re born. And never forget, part of observing is reading, reading, reading other writers to see how they did it.

Quiet. Usually found in my home office. If there has to be noise, let it be white noise. The eye of a hurricane will do. The only place I can’t write is within earshot of voices in a language I understand. Such voices keep interrupting my imaginary friends. It’s one of the downsides of being a hyper-observer: auto-eavesdropping.

I’m not as crazy as the above answers may sound. But then, if you want to be a writer, you have to be a little crazy. That’s the fun of it. When you’re a kid, the genie of imagination is out of the bottle almost all the time. As you grow up, all sorts of forces try to stuff the genie back in the bottle. Don’t shove your genie into solitary confinement – like you could if you wanted to. The imagination genie pops out of the bottle every time you daydream. And daydreaming with a pencil in your hand or your fingers on a keyboard is what writers do.

Brian, thank you for joining us for an interview and sharing the visuals of a kaleidoscope life and daydreaming with a pencil. We’d love to hear more about your time with the Muppets and other fun escapades you’ve have. 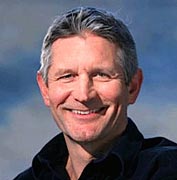