Bev Irwin’s Bio Award-winning author, Bev Irwin, lives in London, Ontario, with three assorted cats. One that hid in her car when she moved from the farm and two others dropped off by her daughter on two different occasions. Her three children have flown the coup, but her granddaughter, Jasmine, is a frequent visitor. As a registered nurse, she likes to add a touch of medical to her romance and mystery novels. She writes YA, children’s, and poetry. She prefers spending time in her garden, writing, and reading to being in the kitchen. Her debut novel, WHEN HEARTS COLLIDE, a contemporary romance, came out in December of 2011 with Soul Mate Publishing under the pen name of Kendra James. Her YA paranormal, GHOSTLY JUSTICE, was released in print and ebook by Black Opal Books on April 14th, 2012. MISSING CLAYTON, a suspense novel, was released July 28th. A youth adventure, IN HIS FATHER’S FOOTSTEPS, will be released Oct 27th and a medical/police thriller, WITHOUT CONSENT, will be released with Black Opal Books later this year. 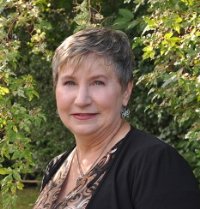