Joining LitPick today for an Extra Credit interview is author Angela Welch Prusia! Angela is the author of Faceless, Nameless, Late Summer Monarch, and BRAiN RIDE. On her website, Angela has posted a rejection letter she received. It was written as a Knock, Knock joke!

I usually have a general plan for each of my books rather than a detailed outline. I like my characters to “come alive” and show me how they would act in various scenes.

Definitely. My husband sees himself in almost every one of my books. Many of my characters are also based on real people I’ve known—usually former students or teens I meet through my volunteer work with Teen Reach Adventure Camp.

Write anyway. It’s like exercising. I don’t always feel like swimming a mile, but once I get going, I feel good. The same happens when I write.

Narnia. I would love to enter this world through my own magical wardrobe.

That’s a tough one. It’s a toss-up between C.S. Lewis and Louisa May Alcott. I would love to soak in the imagination and wisdom of C.S. Lewis while Louis May Alcott inspired me to write and help at-risk teens through her book, Little Men.

Wild Card Question: You and your husband volunteer with Teen Reach Adventure Camp. What do you do with them, and how did you get involved with this organization?

My husband and I are co-directors for Teen Reach Adventure Camp, which is a summer camp for teens who reside in foster care. We got involved by volunteering through our church and fell in love with the teens we met. Life is tough enough as a teenager. It’s brutal when you don’t have a mom or dad cheering for you. Many of these teens haven’t had normal childhoods because they’ve been moved from home to home. Camp is a place where they get to be kids again. Seeing their smiles when they catch a fish or fly down the zip line is priceless.

Angela, thank you for joining LitPick for an Extra Credit interview! The work you and your husband do with Teen Reach Adventure Camp is very inspiring!

Today LitPick is joined by Angela Welch Prusia for Six Minutes with an Author! Angela is the author of Brain Ride, Late Summer Monarch, and Tandem, and has a book coming out this month which Angela will reveal to you later in this interview. Angela and her husband volunteer with Teen Reach Adventure Camp, a summer camp program for foster teens. A portion of the sales of Angela’s books will help more teens attend camp. In her spare time, Angela loves traveling, jet skiing, swimming, biking, reading and spending time with her family.

As a kid, I got lost in stories. I can still remember the exact moment I wanted to write. I’d just finished reading “Little Men” on my bedroom floor (feet propped against my red ribbed bedspread) when I set the book on my stomach and looked up at the ceiling. As the author’s last words lingered in my mind, I remember thinking two things: I wanted to write, and I wanted to help at-risk teens.

I had to pay bills as an adult, so I became a middle school English teacher, in part to have my summers free to write. After my girls were born, I stopped teaching to become a freelance writer.

People told me I was crazy when I taught middle school teens, but I love this age group, so teens are the main characters in my books. Volunteering with at-risk teens living in foster care has enlarged my heart for real teens with real problems.

Write a page a day. At the end of a year, you will have the first draft of a book.

On the couch with my laptop and my dog, Izzy, curled up beside me.

I’m excited to launch Nameless, my first book in the Anonymous Chronicles, in mid-February. I’d love to hear your thoughts. Never stop dreaming. Don’t settle for anything less than your best.

Angela, thank you for spending six minutes with LitPick! Congratulations on the release of Nameless!

After reading Lousia May Alcott's "Little Men" as a preteen, Angela Welch Prusia knew two things: 1. she wanted to write, and 2. she wanted to help at-risk teens. When she is not writing, she and her husband volunteer with Teen Reach Adventure Camp, a summer camp program for foster teens. A portion of her books will help more teens attend camp. Three students inspired "Late Summer Monarch" after a suicide rocked the community where Angela spent her first year teaching. As residents searched for answers, Angela watched her students respond to the tension which unfolded in the seemingly idyllic small town. Years later, Angela and her husband began working with foster teens where she came face to face with the ugly reality of abuse. Peyton's story began to unfold, intertwining with the experiences from Angela's first year of teaching, and "Late Summer Monarch" was born. "BRAiN RIDE" was inspired by Angela's bike ride across Nebraska in the summer of 1999. Freezing early morning rides and road hazards provided real-life conflict. Long miles gave Angela time to know the characters in her head. She hopes you will love Logan and Jason as much as she does. If you learn a little something about the challenges of life with traumatic brain injuries, thank a soldier-many are suffering in silence today. "Tandem" was birthed from Angela's first tandem ride which lasted five minutes because the lack of control unnerved her. Thirteen years later, she attempted another ride with her husband and was hooked. Now Angela dreams of new books from the stoker's seat on their tandem whenever the two hit the road. When she is not writing, Angela loves traveling, jet skiing, swimming, biking, reading and spending time with her family.  If you enjoyed "Late Summer Monarch," "BRAiN RIDE," or "Tandem," please stop by Amazon and write a review. Find out more at www.angelawelchprusia.com. 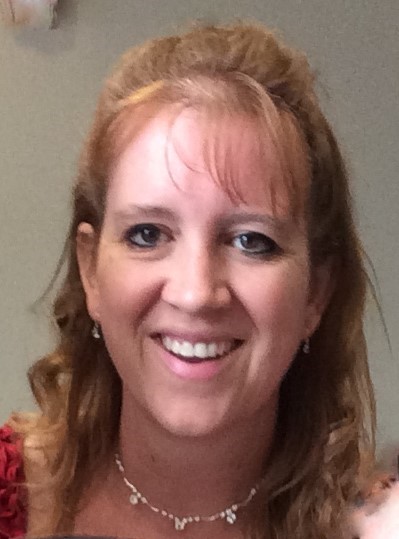