Angela N. Blount is a Minnesota native, transplanted to the deep South--where she currently resides with her understanding husband, their two children, and a set of identity-confused cats. A Registered Nurse by trade, she is also a freelance content editor, former book reviewer for RT Book Reviews, a memoirist, sporadic poet, and webcomic artist.

Angela is a PRO member of the Romance Writers of America, and was named a finalist in the 2012 Sheila, Laurie, and Orange Rose contests. Her recent YA romance, The Agreement, took first place in the 2012 OKRWA Finally A Bride contest. Her debut memoir, Once Upon a Road Trip, was a 2014 NIEA award finalist.

Joining LitPick for an Extra Credit interview is Angela Blount! Angela is the author of Once Upon a Road Trip, and Once Upon an Ever After. In her spare time, Angela enjoys painting, reading and loitering in coffee shops.

My outlines are semi-solid. I compose about 60% of what I write well ahead of time--both in my head and in a chapter-by-chapter outline. But the other 40% just sort of happens as I go. The unknown portion keeps me flexible and provides me with an itching bit of mystery. There are times I feel like I'm writing, at least in part, to find out how something is actually going to happen.

Frequently, yes--although I've so far only done this with side characters and not main characters. I borrow pieces from people I know, both in physical descriptions and personality traits, because it so often helps elicit the right emotions and focus from me. I never attempt to clone anyone, however. (Even if that weren't a bad idea legally, it's a great way to lose friends and alienate people.) So if I do borrow bits of physical description, I won't borrow from personality--and vice versa. Occasionally, I'll combine at least two people's traits and create a sort of literary offspring. It just depends on the plot, the setting, and what character dynamics end up feeling the most natural.

I've learned the worst thing I can do is to keep staring at the blinking text cursor. Therein lies the path to madness.

For me, the best way of handling a mental hiccup is to treat my brain the same way I would an unruly machine. That is to say... I get up and jostle it until something shakes loose and we're back in business. How long that jostling takes may vary widely. Sometimes a quick drive or doing a load of laundry will do the trick, and sometimes I need to spend a few hours ingesting other forms of art and media.

I've secretly been planning to run away to Narnia since I was 7 years old. Not only because the world is incredible, but because it offers the potential for one to live an entire lifetime in that place, and then return to the "real" world without having aged a day or even a minute. Also, there just something about having an intelligent conversation with a beaver that appeals to me.

Now that I'm older, I realize I'd want to do double-duty by hauling my to-read pile along with me. I think it's the only way I'd get a chance to read all of the books I'd like to before my time here is up.

I actually loved the movie adaptation of Ender's Game. I was so nervous going into it, but by 20 minutes in I was crying in joy and relief. This was almost exactly what I'd pictured when I read the book, and the kid playing Ender absolutely killed it.

C.S. Lewis. I have so many questions for that man. But ultimately, I would just love to have the pleasure of sitting in the presence of such a brilliant world-maker.

Wild Card Question: You say you like “all things geeky.” Can you please tell us what sort of geeky things appeal to you?

Technically, one can be a "geek" about almost anything. And I generally love to see the enthusiasm and expertise people form over anything they feel passionately for.

In a classical sense, I'm a geek when it comes to the realms of sci-fi and fantasy--obscure or mainstream. I've been a Trekkie, a Whovian, a B5er, a Browncoat, a Tolkienista, a Scaper, a Gater, a Warsie... I'm fluent in gamer lingo, appreciate a range of comics and graphic novels, have been known to gleefully dabble in cosplay, am fascinated by cryptozoology, and maintain the hope that one day I'll get to experience zero gravity.

I much enjoy science in general, but my imagination has always been a little too thirsty to be satisfied with only the here, the now, and the known.

Angela, thank you so much for visiting LitPick! We loved reading about your “literary offspring,” and could really relate to your thinking of your brain as an unruly machine!

We are joined by Angela Blount for Six Minutes with an Author! Angela is the author of Once Upon a Road Trip and Once Upon an Ever After. In addition to being an Amazon best-selling author, Angela is the winner of the OKRWA’s 2012 FAB award and a 2014 NIEA Award Finalist.

NIEA: The National Indie Excellence® Awards (NIEA) is proud to be a champion of self-publishers and small & independent presses that go the extra mile to produce books of excellence in every aspect. The competition is judged by independent experts from all aspects of the indie book industry, including publishers, writers, editors, book cover designers and professional copywriters. They select award winners and finalists based on overall excellence of presentation in addition to the writing.  http://indieexcellence.com/index.html

OKRWA FAB: (Oklahoma Romance Writers of America - Finally A Bride) Participation is open to all unpublished authors of novel-length romance fiction. All work must be the author’s original work, and cannot be contracted for publication prior to the entry deadline.  Each manuscript must have finaled, but not won in a previous RWA or RWA chapter-sponsored contest.  http://okrwa.com/contests/finally-a-bride/

Not long after I learned to read, it became my primary distraction from an overall unpleasant school experience. I read everything I could get my hands on--no genre was safe from my escapist perusal.

I quickly learned that narrating one's own life out loud isn't a socially acceptable activity for a standard 12-year-old. And so, in the sixth grade, I decided to try my hand at writing a book. My first attempt was a fanciful adventure story about a trio of kids (conveniently my age), who struck out on an ill-advised mission to save a herd of endangered White Rhinos from certain doom. I used a spiral-bound notebook, a Number 2 pencil...and a whole lot of blissful ignorance. With that, I was hooked.

I began writing more seriously in my mid teens, spurred on by the realization that S.E. Hinton had written a highly acclaimed novel while still a teenager. I'm deeply grateful none of that practice material went anywhere beyond a few contests and honorable mentions! I simply wasn't ready yet. I didn't know how to begin working toward making writing my eventual career, and had no one to ask at the time. It would be a decade, two children, and a nursing degree later before I stumbled upon a group of writers meeting in a cafe. After a lot of eavesdropping, I worked up the nerve to ask if I could sit in on one of their meetings. And so began a several year education process that eventually led me to publication.

I can't begin to pick a "favorite" book--there are just too many great ones that are all so different from each other. I can admit that I have a peculiar fondness for mysterious masked heroes/antiheroes. Boba Fett, Snake Eyes, V, The Phantom Ranger... Something about their anonymity is fascinating to me.

Don't write in a vacuum. Writers may tend to be solitary creatures, but in order to grow and (hopefully) succeed, most of us function best on a steady diet of craft instruction, feedback, and camaraderie. Find yourself a writing group, or at bare minimum, a critiquing partner. There are a number of online and IRL (In Real Life) options. Personally, I've found a great amount of help through the Romance Writers of America. I belong to three "local" chapters all within a 2-hour drive, and have received countless invaluable hours of workshops, mentoring, and all around encouragement since discovering them.

Also, keep in mind that the publishing industry is ever changing. It can take a lot of magazine/blog/craft book reading to surmount the learning curve and keep up with it all.

I actually prefer to write outside of my home so I'm not tempted to wrangle children, tackle a load of laundry, or begin any kind of counter-attack on the weeds currently invading my garden.

I've found great success in scheduling "cyber-office" time at my local cafe. There, I can have a cup o'caffeine and buckle down to meet a reasonable 1k word count.

When I began writing professionally, I decided to tell stories from my own life first. That determination resulted in my coming-of-age memoir, Once Upon a Road Trip, and it's recently released followup anthology, Once Upon an Ever After. I knew I would end up being a cross-genre author, and I wanted to start with what I knew best before branching off into fiction.

With those completed, I've found great enjoyment in working on both a YA Contemporary and Sci-fi series. I hope to have some exciting news on both of those endeavors in the near future!

Angela, thank you for spending six minutes with LitPick and our readers! We will look forward to hearing your news in the near future! 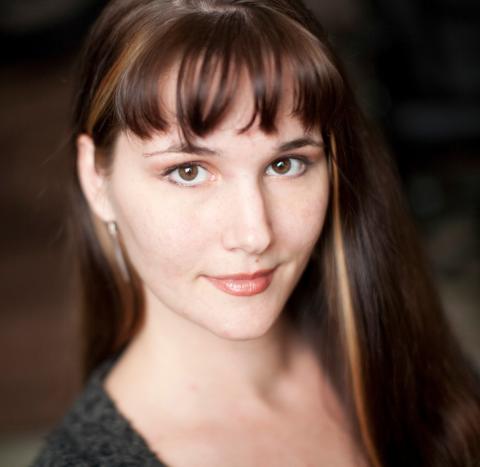