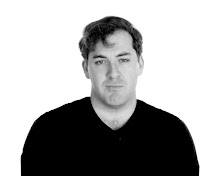 From author's blog:
I'm a writer of Young Adult fiction, screenplays, stageplays, pantomimes and TV pilots. Please check out my 11 YA novels recently gone on sale on AMAZON, KINDLE, iBOOKS, BARNES & NOBLE, KOBO, WHSMITHS ONLINE, and SMASHWORDS.COM, where samples can be downloaded for free. I can be contacted on andrewhawcroft1@gmail.com, Twitter (@WriterLad), or Facebook. I welcome all feeedback or queries regarding my writing.

1. How did you get started writing?

I started writing aged 7, writing short stories, but became a 'serious' writer at 13, when I wrote my first full-length novel and submitted it to a publisher.  I still have that first rejection letter in plastic. It was very kind and supportive, the kind you don't get as an adult.  It was also some time ago!  It ended with those magic words 'If you don't publish this novel, you will certainly publish something in the future.'  I'm 39 now. Still waiting...

I have always loved authors who treat fantasy with a very realistic tone; my favourite authors include John Wyndham and M.R. James, although the BBC TV adaptation of John Masefield's children's classic, THE BOX OF DELIGHTS had a huge effect on me as a child.
I'm not sure if it was ever broadcast in America, but I think you can find it in parts on Youtube.  I have the DVD and find it genuinely magical to this day, but I dread any Hollywood remake. Hollywood doesn't do children's book adaptations very well.  They seem to be all cold, synthetic CGI, and cast with bland, interchangeable 'hunks' with abs and Justin Bieber hair. (Shudder!)

3. Do you have a favorite book/subject/character/setting?

Tough question.  What did I ever do to you? John Wyndham's THE KRAKEN WAKES and CHOCKY would be two. (Again, the BBC did a terrific adaptation of CHOCKY. See Youtube.)  My favourite subject would be the fantastic played out in a real environment. I have repeatedly described my style of teen fiction as gritty 'reality-based fantasy.'

4. What advice do you have for someone who wants to be an author?

Understand that the writing industry has never been weaker, more frightened, and ultimately, more fickle and silly than it is right now. You, as a writer, must have the courage and strength to stick to what you feel is right about your own work, especially if an agent or editorial committee at a publishing house starts leaning on you to make changes that feel wrong.  You have to live with yourself at the end of the day, and unfortunately, in the past, I went down that road many times, trying to please various people: agents, publishers, editors, film producers, TV producers, theatre producers...  It has, without fail, been a painful and degrading experience.  There is always an invisible yet definite line in the sand during this part of publishing or producing.  Yes, it's good to be reasonable, but don't sell out (i.e. mangle) your own book, just to get it published.  It's a sickening feeling to live with, it disrespects yourself, often imparts far too much respect for 'professional' industry people, who simply don't deserve it. Also, it often doesn't work anyway.  With many projects, I ended up with people who basically wanted 'cat' changing to 'dog' or similar meaningless arbitrary changes. Either that or they wanted me to change half the book. All the time, months of my life were passing.  Bottom line; either a person loves your book/script/play, and really wants to publish/produce it, or they don't.   You can sense it after a couple of decades!   Protect your integrity, and don't be part of any cheap and tacky 'trend-publishing', e.g. writing something in a certain genre just because it is selling well right now.  The last thing the world needs is more TWILIGHT and FIFTY SHADES OF GREY knock-offs.  Think of the trees, people! My God, it feels good to get that off my chest!

With the success of HARRY POTTER and TWILIGHT, too many people have gotten into children's/teen writing in some pathetic attempt to become 'rich and famous.'  Writing only works in any meaningful way (in the end) if you write even if you were certain nobody would ever read it; i.e. purely for your own pleasure. We all have to pay bills, and yes, it would be great to write professionally full-time, but not at any price!  Don't sell out your work, and instead write for the love of it.  Anything else should be a bonus, although reviews of my work from members of the public are a wonderful thing to read.   It's taken a long time for me to think this way, but better late than never.  Thank you.