Amie Borst believes in unicorns, loves glitter, and keeps a stash of chocolate hidden away from her chocolate-stealing family. She is the author of several books for children including the Scarily Ever Laughter series (Cinderskella, Little Dead Riding Hood, Snow Fright), the Doomy Prepper series, and Unicorn Tales. She is a judge on Rate Your Story, and a founding member of the group blog, From the Mixed-Up Files of Middle-Grade Authors, where she contributed for nearly a decade.

Where do you get your best writing done? Do you work better, say, in nature or in organized areas?

The answer is really so multifaceted and yet simple: it depends.

If I’m editing, my preference is for a bit of solitude. In this instance, I typically will work from home. That could mean I’m in my office, outside on my deck, in my conservatory, or anywhere that is conducive to this quiet setting.

If I’m writing a first draft, then I typically prefer a more populated setting. This might be by the lake in my neighborhood where I am inspired by the activity around me. Or I will go to a café and write while I enjoy a cup of tea. I’ll bring my notes with me, pop in my earbuds, turn on my music, and begin typing. Sprints help me get the words out best, and I’ll typically write 750 words in 20 minutes. The excitement of busy settings helps get me moving and engaged.

Do you work better alone or when you can interact with others, like your writing friends?

I think this depends on what stage I’m in.

The only time I really work alone is when I’m editing.

If I’m plotting, I love to brainstorm with my writer friends. They may help with a plot point, a character flaw, or world building. Sometimes I’ll even call upon my friends and fans on my Facebook page to get their feedback or solicit character names and other ideas.

When I’m writing, I can work alone or in a group. It can be fun to do sprints with other authors. It keeps me focused on the task at hand and the camaraderie of a shared goal makes the process feel a bit less lonely. Writing is a solitary profession and as an extrovert I really thrive on the energy of being around other people.

Do you have a favorite character you’ve created? How are you most like that character?

Characters are like children. You don’t have a favorite, you love them all for different reasons.

There’s three main characters in the Scarily Ever Laughter series.

First is Cindy (Cinderskella) who is funny and heart-warming. I admire these traits about her. This was the first book that my then 10-year-old daughter co-authored with me and it will always hold a special place in my heart.

Then there’s Scarlet in Little Dead Riding Hood who is a bit self-deprecating and I appreciate her dark sense of humor.

Sarah is the main character in the last book, Snow Fright, and she learns to love herself for her differences.

In the Doomy Prepper series, there’s five characters (Doomy, Peter, Wybie, Bryce, and Melissa) who all make me laugh with their unique personalities. Doomy is probably the funniest character I’ve written. He’s ADD (like me) and a bit impulsive, yet he’s a problem solver.

When you create stories, do you prefer paper or digital? Or a combination of both?

It’s a combination for sure. When I wrote my first novel (a Young Adult paranormal romance) back in 2008 I was a pantser and just typed everything in a word document from start to finish. There was no plotting, no notes, no additional documents. Nothing.

Since then I’ve become a plotter. This was especially necessary with long series where characterizations and world building became all-encompassing and notes were necessary to keep details straight.

The mixed-media art pad is my most treasured tool. It’s where I create deep maps, develop the world, conduct character interviews, and keep all of the pertinent information regarding each book within a series. It’s a bit like a story bible. I can spend hours conducting character interviews, clipping images from magazines, drawing, and keeping track of detailed information. It’s lots of fun, too!

What is most important to you? Writing or book promotion?

Definitely writing. Without a completed book there would be nothing to promote. Unfortunately, promotion is a necessary element of being an author, so I try to find ways to make it enjoyable.

What do you like to do when you’re not writing?

My time is often spent with my family. We love to travel together and have been to Scotland twice in the last three years. When I’m not hanging out with my husband and kids, then I’m usually doing something creative. Costume design and sewing is something I love (I’ve even won awards for it!) and I’m also a musician, so I enjoy finding time to play the piano and sing. Baking, cake decorating, and crafts are also favorite pastimes.

I always have upcoming projects!

There will be at least two more books in the Doomy Prepper series and the first draft of book two is currently underway.

Unicorn Tales has eight planned books in the series. The first two are published. Books three and four are forthcoming.

Fans are requesting a fourth book in the Scarily Ever laughter series and I hope to be able to deliver that to them in the next few years.

I’ll also be diving back into my first love, Young Adult paranormal romance.

So many projects, so little time! 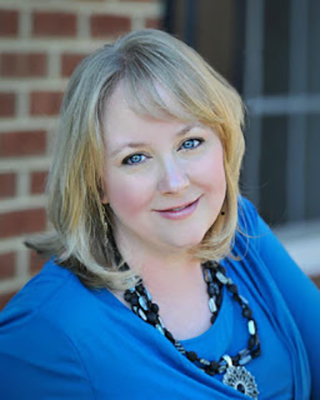