Adi Alsaid was born and raised in Mexico City, then studied at the University of Nevada, Las Vegas. While in class, he mostly read fiction and continuously failed to fill out crossword puzzles, so it's no surprise that after graduating, he did not go into business world but rather packed up his apartment into his car and escaped to the California coastline to become a writer. He's now back in his hometown, where he writes, coaches high school and elementary basketball, and has perfected the art of making every dish he eats or cooks as spicy as possible. In addition to Mexico, he's lived in Tel Aviv, Las Vegas, and Monterey, California. A tingly feeling in his feet tells him more places will eventually be added to the list. Let's Get Lost is his YA debut.

Author Adi Alsaid joins LitPick for Six Minutes with an Author! Adi is the author of Let’s Get Lost, which came out earlier this year. When Adi is not writing, he is coaching basketball in Mexico City.

I think that, like any other author, it started with reading. But the first time I remember loving writing was sixth grade, after a homework assignment that called for sentences to be written for a list of vocabulary words. I don't remember the words themselves, or the sentences, only that it was a great deal of fun. I've been writing ever since.

Again, a list of authors who started me on reading is probably a good bet, though I wouldn't go so far as to say that they influenced my writing itself. I read a lot of R.L Stine and Stephen King growing up, though I've never had the desire to write horror. My writing style was probably most influenced by Vonnegut and other authors I read during high school. I was a big fan of short stories, which probably shows through in the structure of Let's Get Lost.

People are my favorite subjects. How we connect to each other, and how we fail to. My favorite books tend to be about the same thing.

To keep with the reading theme, I'd say read widely. Reading is how you get a sense for storytelling, for dialogue, for characterization. You learn without understanding you are. You also develop your tastes. What you like in a book, what you don't. What you wish you could do. The more you read, the better writer you become.

Coffee shops. I'm much more productive. Writing involves a whole lot of staring off into the distance, and it's more enjoyable to do that in public than at home.

Be kind. I know many of you are. But a reminder every now and then does not hurt. Also, here are a few great books I've read recently: Grasshopper Jungle by Andrew Smith, The Sky is Everywhere by Jandy Nelson, Falling into Place by Amy Zhang.

Adi, thank you for spending six minutes with LitPick! Good luck to your basketball team! 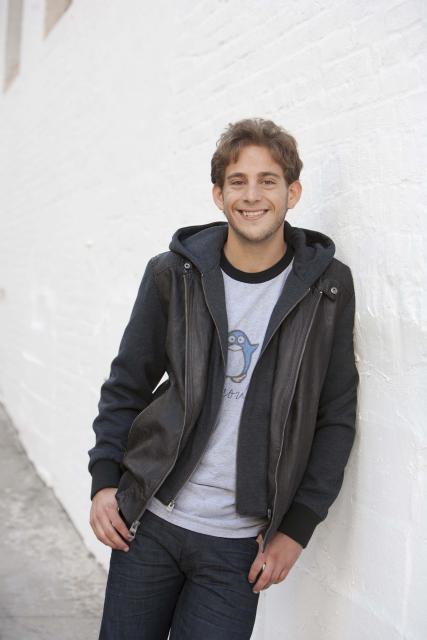