Triangulate: Book Three of The Stones of Bothynus ... 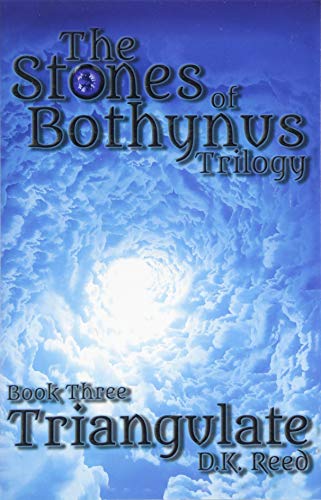 Having read the second book in the series, Minimize, I was very intrigued to read the next installment in the series, Triangulate. Triangulate felt a bit slower than Minimize. It seemed that the plot took a little longer to really grab my interest, even though I already knew the characters and should have been gripped right away.

I liked Annie, the main character, just as much as I did in Minimize. She was very independent, responsible, and likeable. The character Aaan also really grew on me in this book. While I felt like I really didn’t understand him in Minimize, I realized that the more I read about him in Triangulate the more I fell in love. He quickly became one of my favorite characters in the book.

Overall, Triangulate is a great addition to the Stones of Bothynus trilogy, and I’m glad to have read it.

A few romantic and violent scenes but nothing explicit.
KEYWORDS