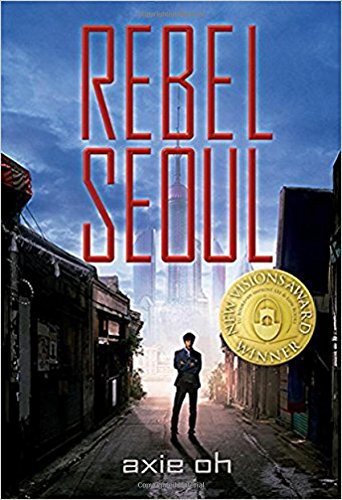 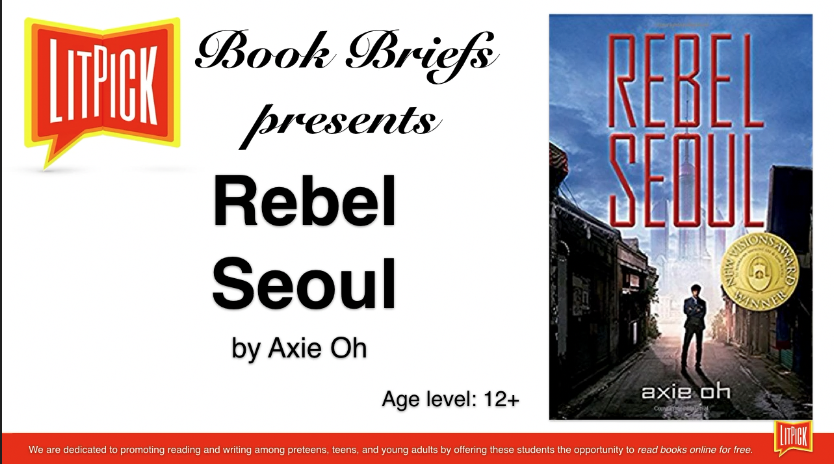 In Rebel Seoul the story is situated in a divided, futuristic Korea, where the hopes of unity and freedom hang in the balance after the destruction of many past and present wars. The main character Lee Jaewon, a teenager born in the rundown Old Seoul, leaves behind the life of being a gang member as he earns a prestigious government job that involves a project kept secret for years.

As he begins working for the independence-driven Neo State of Korea, he falls in love with one of their test subjects, Tera, who grew up in the powerful Tower in the middle of the Neo State, which poses as a seemingly large advantage over the United Korean League. As he discovers how his government operates, he questions the morality of the movement and whether he should rebel like his late father did. Jaewon has to decide what is more important: saving himself or saving the lives of many while risking his own.

The fast-paced and violent streets of a fictional Korean state make for a perfect setting in this book. I could almost picture the flickering street lights in Neo Seoul and the contrastingly dim and mysterious ruins past Old Seoul. During the concert scene in the beginning of the story, the author’s choice of words makes it feel like you are physically at the venue as you are listening to the crisp and solemn words of the singer.

The main characters, Jaewon, Tera, and Alex, all have their unique characteristics that set them apart from each other. Since Jaewon is the speaker in the book, his personality is easy to identify. Certain parts of the story made me cheer as he made the right decisions, while others made me question him as a main character. Throughout the story, he struggles to move on from the gang he used to be in. In some of the scenes he seems satisfied with breaking away from this violent life, while in later scenes he voluntarily associates with the gang members. Although some of these actions seem confusing, I think that it also builds on the fact that humans have weaknesses, and this was probably his. I really enjoyed the fact that Tera was portrayed as a strong female character and was able to hold her own even at the brink of a war. As partners, Jaewon and Tera equally stood up for each other, which made me root for them even more. Alex, one of Jaewon’s friends, at first seemed like a stereotypical wealthy kid, whose father was greatly respected. However, the way he interacts with the other main characters proves otherwise. This shows how he branched out from his father’s ideals and became his own person.

Even though the plot line is somewhat challenging to pick up on in the beginning of Rebel Seoul, I think that Axie Oh did a great job at the story’s transition. An element I found interesting in this book was the addition of a glossary in the back. As a reader, I was unfamiliar with certain words introduced in the book, like “ajumma” or “annyeong,” and this extension and use of words immersed me further into this fictional version of Korea.

This story reminded me of parts of the Shatter Me series by Tahereh Mafi, as well as the Red Queen Series by Victoria Aveyard. All of these stories have hints of rebellion and a conflict involving physical and mental battles. Despite the fact that the characters in each of these books live in a dystopian world, Rebel Seoul has clear differences, like its setting in a Western country, along with having a human without powers as a leading character.

Overall, I would, without a doubt, recommend Rebel Seoul to anyone looking for a science fiction book that thinks outside of the box. After reading this story, I changed my assumptions on science fiction books, which was how they all start to sound the same. Rebel Seoul and its setting, characters, and theme stand out in a crowd of other books, and for me, changed the definition of what makes a book good.

Although no swearing is actually present in this book, the characters in this story seem to have their own curse word variations that are used only in this fictional world. An example of this includes "jasik," which translates to "rascal." There is a romance between the two main characters, but they do not go beyond kissing. However, two other characters do mention going beyond that but do not go into detail. Violence is evident through the book, as the setting is in a country preparing for war. A high amount of casualties are mentioned, and someone is stabbed. However, most of the injuries described only result in cuts and bruises.
KEYWORDS

Read more reviews by Litpick Book Reviewer: soda4
Recommend this book and review to your friends on Facebook