Memoirs Of A Play-White review by Christian Reader 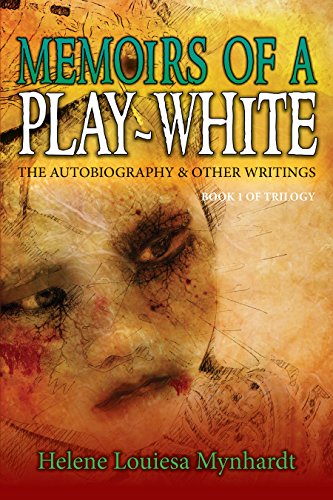 Transkei (South Africa) is a rough place to live. Settlers speak primarily Xhosa, with English being a common second language. Elena gave birth to Doris when she was just thirteen. Doris grew up in this rural landscape, forced into child labor and other responsibilities children should never be required to deal with. Eventually, she broke free of this society after her mother’s tragic passing, as Doris moved out on her own to find a better life for herself. Doris had several children, one of who was named Louiesa. Louiesa grew up in a hard life and ended up having to provide for her mother after Doris had fallen on even harder times. This is the true story of each of these women and how they survived through life’s trials and tribulations, and how some came to be more than their society wanted them to be.

Each story in this memoir was heart-wrenching in its own original way. I felt sorrow for Elena as she was stuck in a situation that she couldn’t get out of, forced to stay in poverty due to the political and social climate of the times. I admired Doris for her love of different languages and her excellent work ethic but felt bad for her when she had to move across the country and enter into an indentured servitude to keep herself alive. I also felt disgruntled at some of her worse choices, knowing that further down the line they’d come back to haunt her. I felt embarrassment right alongside Louiesa as her mother reprimanded her harshly, beating her throughout her life, often in front of on-lookers.  I also felt the joy Louiesa had during the few happy times she had in her life, from going to Sunday School and questioning Bible stories to her winning a prize in Primary School… and then getting through a harrowing experience flying in a helicopter.

The writing style of the story was so excellent that with few words, I could clearly see the happenings in my mind. It was easy to read and even easier to understand. I loved the style of writing and the fast pace of the plot. Getting through this book was a joy, as I adored reading this story due to the quick storyline and intriguing instances that pushed the overall plot along at a steady pace. Characters were believable, and their actions never seemed outlandish or unrealistic, as each character was three-dimensional, each uniquely herself and each one different from the one before.

Overall, this was a story of heartbreak and sorrow and of getting through life’s difficulties. This was also a book of how life’s circumstances don’t always define a person and how certain people can rise above how society treats them. Ultimately, this memoir was a large proponent of The Underdog: people who start off weak but can often get stronger through dealing with the harsh realities of life. This book also served as a reminder that people are not forced to stay in bad situations; if they want badly enough to get out, they’ll find a way to do so. It was a proponent of the idea that life spares no one, and it takes grit and determination to overcome the hardships that life often throws our way.

I enjoyed this memoir very much, even though at times it was a depressing read. I loved the overall message of the story and will gladly keep it in my collection for years to come.

This memoir doesn’t shy away from the harsh trials and tribulations of life, including but not limited to third-world countries, third-world problems, rural areas of living, extreme poverty, medical situations that are improperly dealt with, several kinds of abuse (financial, domestic, emotional, psychological, and physical), absentee fathers, single mothers raising children, having children out of wedlock, underage individuals giving birth, child neglect, child labor, superiority complexes, government control, alcoholism, addiction to smoking, tobacco use, slavery, indentured servitude, bathroom particulars (colors of urine and fecal matter are discussed openly in one section of the book), improper sexual education, improper dealings with menstrual cycles and related issues, sexism, racism, bigotry, bullying, sexual assault, rape, and suicide. Also present are issues like life-and-death situations, gang violence, general violence, dealing with a loved one’s sudden death, lying to and misleading children, stealing, gambling, and arson. Religious themes are highly present in this book, as the Transkei people are highly religious but also superstitious. At one point in the story, Doris marries a devout Muslim man. Doris and Louiesa are exposed to a variety of religions, from Indian types to Chinese brands to Christianity. As such, religion is present in this book on practically every page. Politics come into play during the latter half of the book, but they are not as extreme as other political books I’ve read. That said, the politics of the time are definitely racially-skewed and without a doubt are biased against particular groups of people. This book is definitely rated “Adult” for several good reasons. As such, parents/parental guardians, teachers, and/or librarians should definitely look this book over before giving it to a child/student, particularly if the child/student is more sensitive to any of the previously-mentioned materials.
KEYWORDS