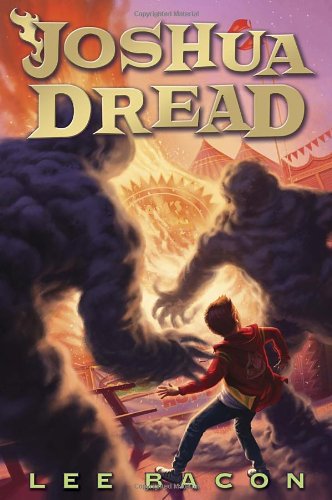 All Joshua wants is to be normal.  He didn’t choose to be born with super-powers; he didn’t choose for his parents - the Dread Duo - to become the most hated villains in all of Sheepsdale; and he certainly didn’t choose to be moved around every few months.  After a terrifying attack, Joshua finds that he can choose one thing - whether he uses his super-powers for good or for evil.  He might actually be able to help someone! He doesn’t have to follow in his parents' footsteps! But convincing his parents of this is harder than he expected.

With rampaging zombies, temper-tantrum-throwing houseplants, smoke creatures, exploding pencils, and good guys (as well as bad ones), sixth grade has never been so confusing.

The main character, Joshua, is somewhat dense.  He’s not as smart as I expected him to be, and this was aggravating.  As an avid reader of mysteries, I know the one thing authors never want to happen is this: having their readers figure out the plot before the characters of the book do.  With half of this book, the twists and turns in the plot were new and surprising to me, and I enjoyed them.  However, the other half didn't feel like there were any twists and turns at all.  I had figured out what was going to happen LONG before the characters did.  That was very annoying.  The first half of the book was like that, and at multiple points, I wanted to just put the book down and stop reading.  It wasn’t that the story itself was boring or unimaginative; it was just that I knew what was going to happen.  I was bored.

It wasn’t just the predictable plot that soured the first half of the book.  Joshua seemed whiny, and multiple times when he tried to fix a situation, he just made it worse.  He didn’t seem to learn from his mistakes; he kept trying to fix things, and failing miserably.  The character of Milton was very disappointing, as well.  He was just a scaredy-cat who didn’t see obvious things unless someone pointed them out to him.  Like other boys his age, Milton eats a lot, and he thinks of food all the time.  This is normal, for the most part.  But when going off on a mission to fight monsters and who knows what else, to just pack chips and soda is absolutely preposterous.  But that’s exactly what Milton did.  Captain Justice, the only super-hero in this entire book, is one of the weakest characters.  While he’s very loving to his child, he’s quite single-minded and doesn’t really care about fighting crime.  He just wants the public to adore him.  He was very two dimensional, and was one of the least believable characters due to his stupidity and his reliance on super-hero “gear”.

In the second half of the book, the annoying characters were still very involved with the story-line, but there was more action so that the characters didn’t get on my nerves quite so much.  The second half was extremely good plot-wise; very rarely did I guess what was going to happen next.  Joshua didn’t seem so whiny, and I finally found Captain Justice slightly believable.  Milton?  Not so much.

The book’s ending was unexpected, and superbly written.  It left me hanging, however.  Now I want to read the next book to see what happens.  I can only hope the next book is better than the first.

NOTE: Litpick didn't have a book age up, so I assumed it was for my age group (17 years and older).  This book seems to be written for a younger audience; in particular, sixth and seventh graders.  While I did enjoy the book, it was a little juvenille for me.

There are scenes of violence, but nothing majorly bloody.
KEYWORDS