The History Major review by PhilipDeGroot 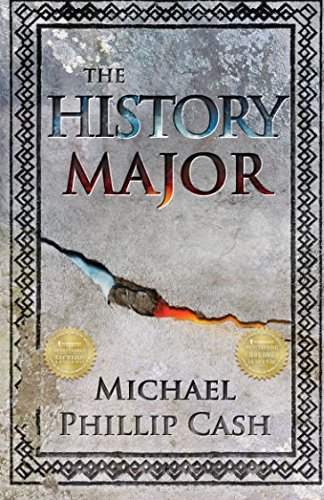 The History Major, a story by Michael Phillip Cash, is the story of Amanda Greene, a college freshman. After a night out, she wakes up with little memory of what happened. She vaguely remembers a lot of drinks and a fight with her boyfriend, but none of that can explain what she finds.

Amanda wakes up to a roommate she has never met before, and a schedule with classes she never signed up for. She does, however, go to the first class on her schedule, History (a class she finds pointless), where her day gets even stranger. The professor seems to be going crazy, her classmates are all hearing something different, and the only person there who seems friendly is a mysterious man who doesn’t quite fit in. All the strange events that follow make Amanda wonder what is going on, and if it is even real.

The History Major is a rather short book, but despite the short nature of the story, it is full of strange twists and many complex elements. Despite the story's complexity, Amanda is the only character that is developed throughout the story, and one of the only four or five characters that provides real importance to the plot. Most of the story is confusing for the reader, but Cash does an excellent job tying everything together into a satisfying ending.

Because of how the story was written, it is nearly impossible to predict the ending before actually getting there, which makes most of the reading rather slow. There are, however, vivid descriptions that allow the reader to picture the setting very well in their head. There are also strong thought provoking themes that leave the reader thinking about the story even after they are done with it, but these themes are also not made clear until the end.

Overall, due to the slow read and confusing nature of most of the story, some people might find it difficult to make it through, but I believe the ending makes it worth it. Because of the good themes and satisfying conclusion, I would recommend The History Major to anyone looking for a shorter story with themes that leave them thinking.

Read more reviews by this Litpick Book Reviewer: PhilipDeGroot
Recommend this book and review to your friends on Facebook