The Breathless review by JesusFreak 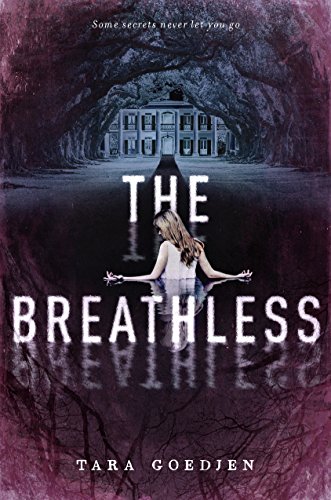 Roxanne Cole was murdered and nobody knows why. Most suspect that her boyfriend, Cole, who was seen running from Roxanne’s body, was the one who did it. But when he turns up months later with memory loss, people begin to question if it really was him. Mae Cole, Roxanne’s sister, can’t figure out how to move on. It’s been nearly a year since Roxanne’s death, and Mae still hasn’t found a way to cope with her loss. But when Mae finds a hidden green book tucked away in her house, questions are raised. Can she figure out what really happened to Ro?

The thing that intrigued me about this book was that it said it was for fans of the Mara Dyer series, which is one of my favorite book series. However, I found that I was a bit disappointed.

The plot had an interesting premise, but I found myself bored and asking myself, “Is this over yet?” I really wanted to enjoy this book, but it just seemed to fall flat.

The main character, Mae, was a very uninteresting character. There was nothing really special about her character. Thinking back on her character, I can’t think of any characteristic that really stuck out. Cage, one of the secondary characters, was probably the most intriguing of all the characters. I liked finding out about past events while he was finding out about them himself. I also liked his character’s personality – he was kind but not overly kind to the point where it was annoying.

I felt like the overall magical tone of it wasn’t explained very well, and it didn’t really play a major role. I was expecting it to be maybe 60% magic-themed, whereas it ended up only being about 10%.

One thing I liked about this book was the gorgeous cover art. I felt that the shades of blue and pink really went well with the story.

Overall, this book just felt very lackluster. I feel that with a bit of work, it could really turn into something amazing.

There are a few bloody scenes as well as a couple intimate scenes.
KEYWORDS