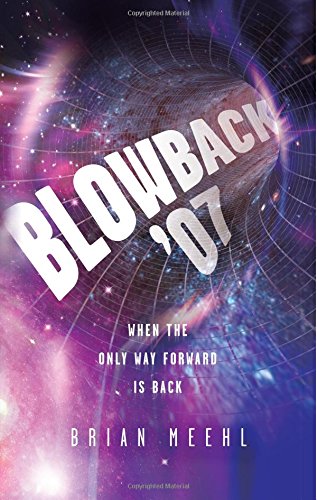 It has been a year since Iris and Arky Jongler-Jinks's mother has gone missing without a trace, but before leaving, she left Iris her old Cor Anglais, a wind instrument similar to an oboe. Iris never knew why her mom left it - until she makes Matt Grinnell, Arky's friend and quarterback of their high school's football team, disappear by playing it. After finding their mom's journal, they realize that Matt was sent to the past, and that the ability to send people to the past with the Cor Anglais has been passed down through the generations in the Jongler family. While Arky and Iris frantically look for a way to get him back before the state title game, they realize this is why their mom disappeared, and they begin to gain hope that they will see her again.

Matt, meanwhile, was blown back to 1907, and is forced to enroll at Carlisle Academy, a school for Indians, where he starts playing football. He quickly realizes that football back then was much different than the modern game, and in order to keep up with the other Indians, he has to pick up his game. While in 1907, he meets an Indian girl, Tawny Owl, who gives him feelings unlike any he's ever had - even for his girlfriend back in the present. In addition to growing as a football player, Tawny Owl forces him to become a better person. These changes in Matt make him wonder if he wants to go back to the present, if he can even get back at all.

To put it simply, this book was unlike any book I have ever read. It was a brilliant blend of science fiction, historical fiction, and realistic fiction. The idea for this story was unique as well: an English horn that can blow people into the past. However, this book was so much more than just a good storyline. There were very well developed characters, which made them very relatable, and the characters had great growth and interactions with other characters, which makes it very easy to root for the characters you like.

I think the story was made even better because of the specifics. There were specific terms and vivid descriptions of football games as well as musical instruments. Since I enjoy both sports and music, this was especially pleasing for me, and while other people may not enjoy either sports or music as much as the author, this should not be a turn off, as there are so many good aspects in the story. It was made even more enticing for me after learning that most of the characters and events that happened to Matt, such as the football games he played in and some of the characters he befriended, were real people and events.

The one thing I think could have been done slightly better was the original transition from the realistic side of the story to the science fiction side. One minute Matt and Arky are celebrating a big win in the state semifinals, and the next minute the author is telling us about a Cor Anglais that can blow people back in time. While I appreciate the diversity of the story and the inclusion of both aspects, I think the flow between the two could have been slightly smoother. However, after a few pages, you are sure to forget about the rough transition in favor of the brilliant storyline and characterization.

As a whole, this was an excellent book that tied together many different aspects. They were woven together to create an amazing story. The characters were relatable, the storyline was engaging, and descriptions will bring you to 1907 along with Matt. This excellent writing paired with historical accuracy and a sprinkling of humor makes it a must read for fans of football, science fiction, historical fiction, and everyone in between. I will definitely be looking for the next books in the series once they are released.

There was some language and inappropriate scenes or references. It is also clear through the book that it was written for people of high school age or above (or possibly more mature middle-schoolers).
KEYWORDS

Read more reviews by Litpick Student Book Reviewer: PhilipDeGroot
Recommend this book and review to your friends on Facebook