Be the One review by Booklover1111 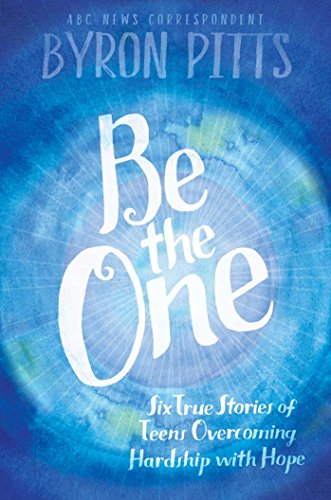 Be the one is a book telling stories of teens who have overcome hardships. These teens each had to be their own hero and fix their lives on their own. Each of these stories show what the problem in these teens lives were and how they made a change.

Tania- A girl who has been rejected by her birth mother and has to cope with how it feels.

Mason- A boy who deals with being bullied for his weight.

Pappy- A runaway from his home in Africa after it was bombed.

Michaela- A girl from a broken home who feels alone.

Ryan- A boy with parents who have mental health issues and drag him into their many problems.

Tyton- A boy who was put in a hard spot after his older brother was killed.

These young adults know that God loves them, and that in order to push through they have to have faith that He can help them.

I really enjoyed this book. It was a good reminder that there are times in our lives where we just have to know that God has a plan for us. All of these teens are very strong and did an awesome job cleaning up their lives that used to be a mess. Mason’s story was a good reminder on how to treat others who may be dealing with the same problem. The author did a great job telling the stories. I like how each of the teens got to have say in how their stories were written. For example, each chapter had quotes from the teens. One thing that I thought could have been better were the descriptions of characters' feelings and settings. This book was inspiring and I am going to share it with others.

There is stories of incredible faith in God. There is also some talk about how some of the teens' parents used drugs. Probably for readers ages 12 and up.
KEYWORDS